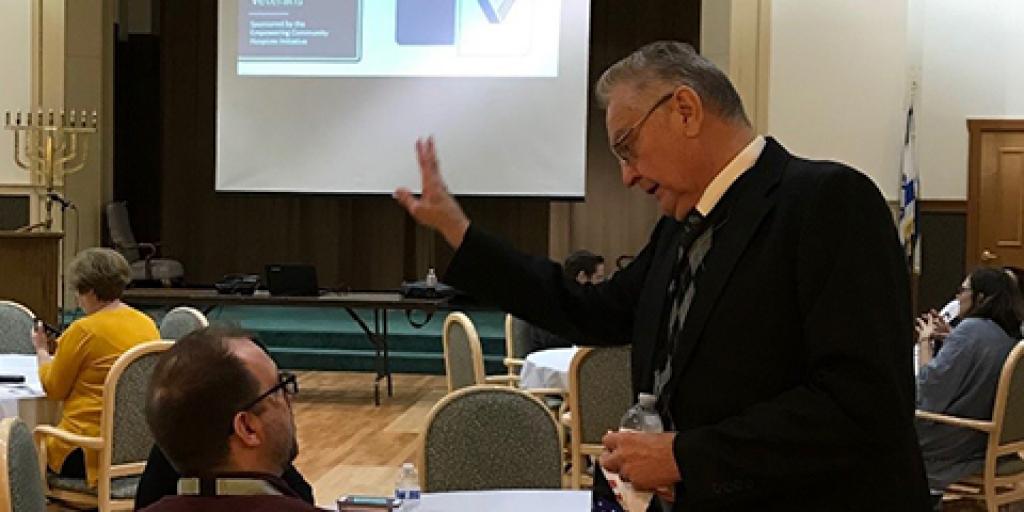 VA Pittsburgh Healthcare System staff are now training community health care providers to help Vietnam-era Veterans on hospice who may be struggling with PTSD, moral injury or thoughts of suicide.

VA Pittsburgh is one of 20 VA facilities nationwide to be among the first to implement the Empower Staff and Community Hospices in the Care of Vietnam-Era Veterans initiative. The initiative allows VA mental health specialists, chaplains, social workers and other experts to educate community hospice providers who serve Vietnam Veterans.

Some Vietnam-era Veterans experience psychological problems and have a wide range of life-adjustment issues. Researchers at VA's National Center for PTSD in a 2015 study found that with time, aging combat Veterans revisit their wartime memories to find meaning and build coherence.

Dave Fox, a VA Pittsburgh social worker who served in the Army, says he is comforted knowing that VA Pittsburgh is engaging the community to help Vietnam and Vietnam-era Veterans in end-of-life or palliative care.

"As a social worker and employee at VA Pittsburgh, I have found a greater sense of confidence and meaningfulness in my work with this initiative in place," Fox said. "And not only do the providers and Veterans benefit from this program, but Veteran's family members also benefit."

"This initiative is much more than just training professionals," said Goral. "It's about collaborating with the community to identify departments, programs and services that best support Veterans and their families as they walk through a serious illness."

VA's Palliative and Hospice Care Program awarded VA Pittsburgh and each of the 19 other facilities $30,000 in funding to implement the initiative. The funding supported "train-the-trainer" training: VA staff were trained to train community providers in PTSD, moral injury and suicide prevention specifically designed for Vietnam-era Veterans on hospice. Moving forward, VA Pittsburgh plans to continue to offer the training and expand it with simulated patients.

For more information on the initiative, contact Deborah Goral at deborah.goral@va.gov or 412-360-1984.