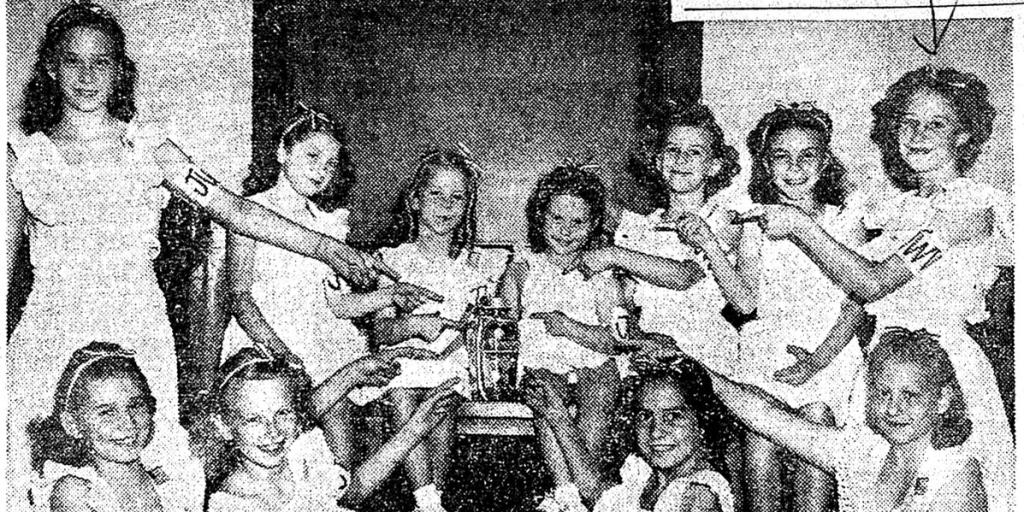 A group of neighborhood girls organized a rummage sale to gather funds for the local VA hospital totaling $221 in 1945. The Central Virginia VA Health Care System operates a main hospital in Richmond and five community clinics in Fredericksburg, Charlottesville, Emporia and Henrico.
By Megan Kon, Public Affairs Specialist
May 23, 2022

Annie Thomas reached into a photo album and produced an old, yellowed news article to show her daughter. The bold headline read, “Small Girls with Big Ideas Plan Sale to Aid Soldiers.” The Richmond News Leader published the story in 1944 about Thomas and her friends doing a good deed for Veterans.

Thomas, whose maiden name is Hardiman, was just 11 years old when she volunteered with a group of children from the Barton Heights neighborhood. They called themselves the Junior War Workers, following a popular sentiment to support the U.S. war effort. At a school assembly, the Red Cross inspired the group to take action and help the local VA hospital that was soon to open.

The Junior War Workers got organized. They planned a rummage sale to help raise funds for Veterans returning from war in Europe. The group raised and donated $221 to go toward personal items for Veterans receiving medical care.

Sharon Thomas O’Donnell, Thomas’s daughter, remembered the old newspaper clipping and how her mother was the treasurer of the group, while neighbor Audrey Bertram was president. Her mother, now 88 years old, is still friends with Bertram today.

A few years after the war, Thomas married the love of her life on Valentine’s Day in 1952.

In 1954, that man, James Earle Thomas, was drafted to serve in the Korean War.

“Dad retired as a lieutenant colonel in the Army and would visit the VA hospital for his health care needs,” O’Donnell said. “He was always treated with great dignity and kindness.”

Today, the Central Virginia VA Health Care System treats more than 70,000 Veterans from 52 counties and cities in the central part of the state.

“She dedicated her life to supporting us,” O’Donnell said. “It’s wonderful knowing the VA hospital that she donated to in 1945, would one day give back and care for the needs of her soldier.”

The Richmond News Leader published the story on Friday, June 2, 1944.