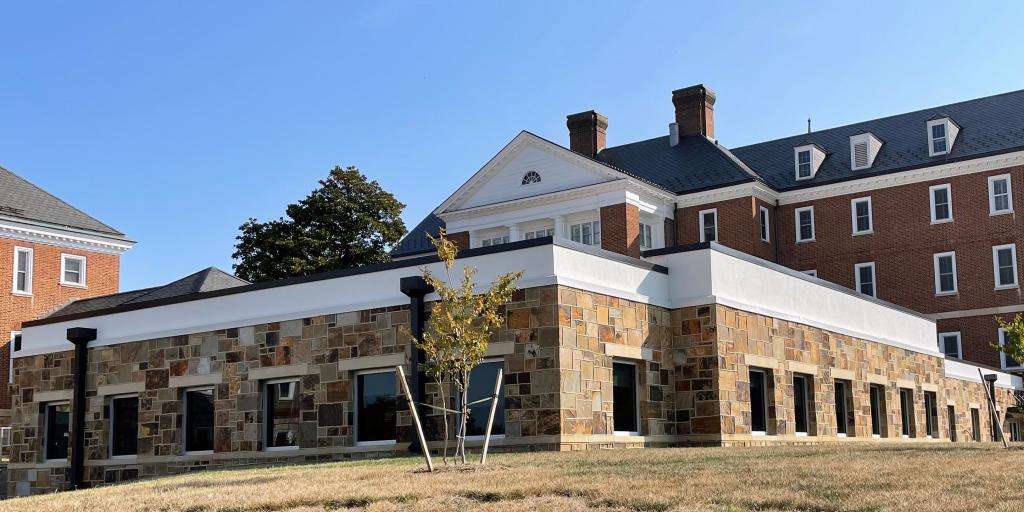 The new Dialysis building is located behind Bldg. 1 at the Salem VA Medical Center
August 30, 2021

A new Renal Dialysis unit has recently opened to serve the Veterans of Southwest Virginia who receive care through the Salem VA Health Care System.

A new Renal Dialysis unit has recently opened to serve the Veterans of Southwest Virginia who receive care through the Salem VA Health Care System.

The new facility began treating patients in early summer, culminating a $10.64 million project that provides more than 11,000 square feet of new or renovated space and several additional spaces to serve the needs of inpatient and outpatient dialysis.

“The biggest difference is the amount of space and chairs for Veterans,” said Mitzi Markham, an RN who has been with the Salem VA for more than six years. “There are large windows to provide light and a nice workspace at the nurse’s station. I think the Veterans enjoy the larger room where they don’t feel as cramped and it’s easier to ingress and egress with scooters and wheelchairs and walkers. The larger space provides more safety for them.”

The fourteen chairs and two isolation rooms mean the facility can accommodate up to 16 patients at one time and the staff runs two groups per day.

“This facility is great. It’s lighter and airier; (it has) a much better atmosphere with more room,” said Robert Miller, a US Army Veteran who served from 1965-1967.

Miller, who has treatments three times per week for nearly four hours per session, appreciates the new facility, but also the men and women who work there.

“The main thing for me is the people and they haven’t changed. They’re still here and still doing a great job.”