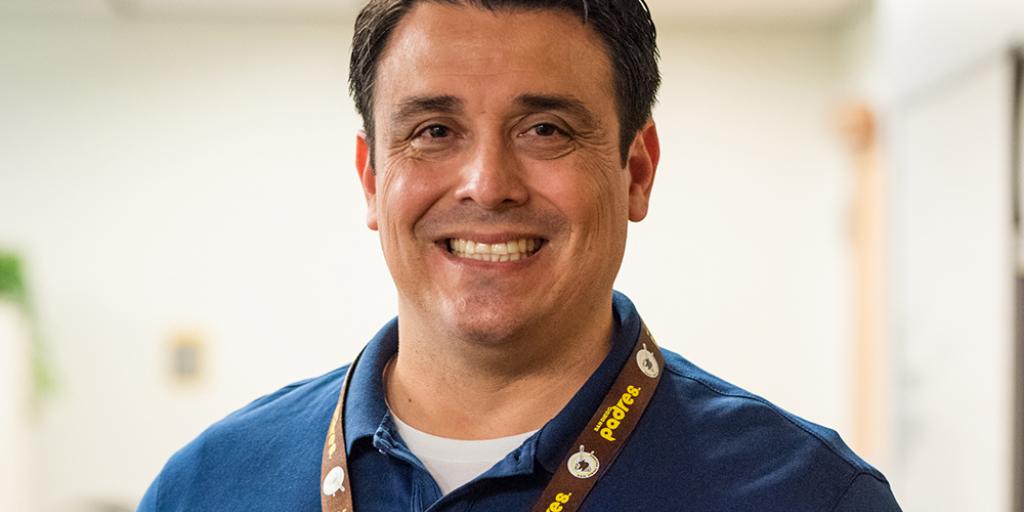 As a Marine infantryman, Louie Fuentes fought in some of the Iraq war’s bloodiest battles.

As a Marine infantryman, Louie Fuentes fought in some of the Iraq war’s bloodiest battles.

First deployed to Iraq in 2004, Fuentes was ordered to Ramadi – an insurgent hotbed known for its dangers. It took all the young Marine had to survive.

“In my first combat deployment, 34 marines were killed and 250 were wounded in action had to be sent home,” Fuentes said. “It was a tough deployment; one of the roughest cities in Iraq.”

Devoted to duty, Fuentes deployed again to Iraq in 2009 and Afghanistan in 2011. But after a decade in the Marines, he found himself wanting something new.

At 34, Fuentes went from navigating a battlefield to navigating a college campus – a transition he said wasn’t easy.

Part of it was learning how to be a civilian again. But mostly, it was the deaths.

There would be a call or a post on social media: another Marine dead. Suicide.

For Fuentes it was PTSD. So, he sought counseling at VA’s Veterans Integration to Academic Leadership (VITAL) program.

At its core, Ahern said the program has three missions:

It was through the program that Ahern, who counsels Veterans helped Fuentes overcome the challenges he was facing.

For Fuentes, the program was life-changing. He found the program so beneficial he decided to work for it as a peer mentor.

Now he helps Veterans deal with what he went through.

“We talk to them, get them to open up about the issues they might be having,” Fuentes said. “Sometimes they don’t know what issues they are having until they speak to someone who has had those issues.”

Mentors are trained to screen Veterans for suicide and learn techniques for talking down Veterans. They also help acclimate Veterans to college, provide information on disability and education benefits, and help enroll Veterans for VA medical care, Fuentes said.

“The VITAL program is there to help Veterans succeed in college,” Fuentes said. “One of the things with a lot of Veterans is they tend to start school and drop out. The vital program ensures Veterans finish school.”

In continuing his tradition of serving, Fuentes joined the Salt Lake City VA in December of 2017.

“It’s (VA) where there’s always a Veteran,” he said. “You can’t go anywhere else where the main customer is the Veteran. I wanted to be able to help.”

Fuentes said he would like to teach resume writing and interview skills to Veterans leaving the service. He advised anyone hesitant to reach out.

“My success story is me,” he said. “VITAL directed me in the direction I am going in now. I was going to school to be a teacher and discovered I wanted to keep helping Veterans. I’ve been given that opportunity and look forward to it.”

VITAL is offered at most area colleges and universities. To learn more about the VITAL program or other resources for student Veterans, visit the VA College Toolkit website.