COVID-19 testing: All veterans with symptoms concerning for COVID-19 or those who are five (5) days from a confirmed exposure, may contact the 24-hour nurse advice line (800-733-0502) or their primary care clinic to arrange a COVID-19 test. Due to resource limitations, we do not offer repeat COVID testing for those who have recently tested positive, or for pre-travel or employment purposes.

COVID-19 vaccines: All Veterans, spouses and caregivers can get a COVID-19 vaccine at VA by appointment or walk-in clinic. Visit our vaccine information page on information regarding receiving your COVID-19 initial doses, as well as additional/booster doses.

Feeling sick with symptoms that could be from COVID-19? (Runny nose, cough, sore throat)

The Department of Veterans Affairs is in the process of developing a “One VA” complex in Alameda, California. The 624 acres of property was acquired from the Department of the Navy in 2014 after the closure of Naval Air Station Alameda in 1996.

When completed, it will serve an estimated 270,000 Veterans in the greater San Francisco Bay Area. Facilities on the site will include a 158,000 square foot Community Based Outpatient Clinic, a National Cemetery Columbarium that will have the potential to hold the remains of 300,000 Veterans and spouses, and a Veterans Benefits Service Center to help bring the many VA programs to the many Veterans residing in the area. The project has been authorized by Congress with the US Army Corps of Engineers overseeing construction.

The property boasts a picturesque view of the City of San Francisco skyline and the Bay Bridge connecting Oakland to San Francisco. In acquiring this unique parcel of land, the VA committed to overseeing 512 acres as a conservation management area. In cooperation with the USFWS the conservation management area supports several species of birds to include one of the most important nesting sites for the California Least Tern, an endangered species.

Currently, the site is not open to the public. Once the project is complete, the National Cemetery and the Clinic will have scheduled hours of operation. In cooperation with the City of Alameda and the East Bay Regional Park District, the Bay Trail system is planned to connect to the site and extend around the perimeter of the property.

Additional information on the project is available on the downloadable fact sheets. 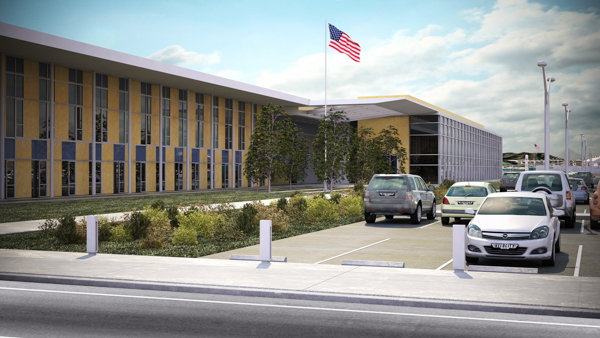