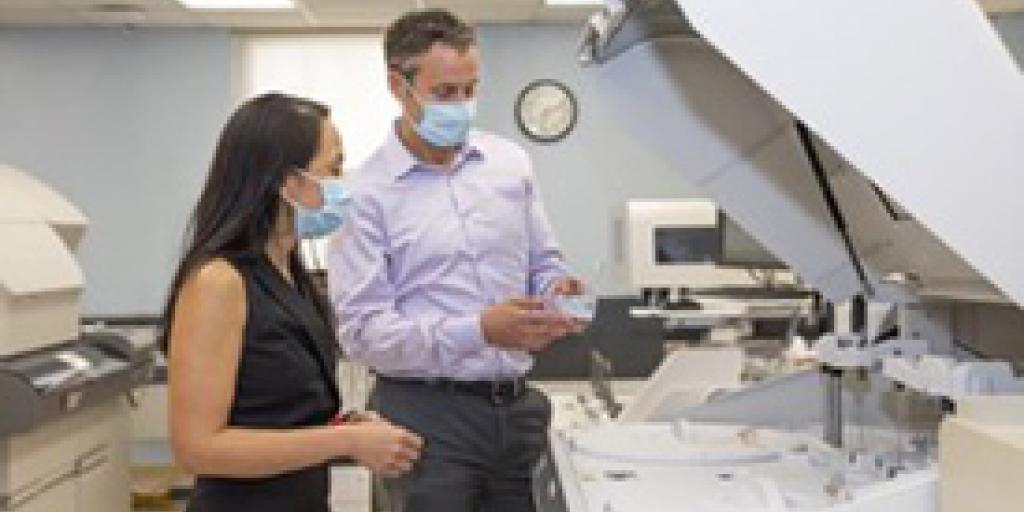 In 2020, NKF and ASN formed a task force, including several VA professionals recommending increased use of cystatin C combined with creatinine for a reliable way to check kidney function. It also recommended a new calculator to estimate eGFR that estimates kidney function without a race variable.

In the early 2000s, researchers at the San Francisco VA Medical Center began studying a way to detect kidney disease they believed could be much more accurate than the one doctors had been using for decades. In 2021, both the National Kidney Foundation (NKF) and the American Society of Nephrology (ASN) urged laboratories and health care systems throughout the nation to use the method these VA researchers advocated.

According to the NKF, kidney diseases may affect more than 37 million adults in the United States—90% of whom aren’t aware they have diminished kidney function. A disproportionate number of these people are Black, Hispanic or Native American. Others are elderly.

Kidneys filter the blood by removing waste and extra water to make urine. The kidney’s filtration rate, called the glomerular filtration rate (GFR), shows how well the kidneys are doing their job. Because testing for GFR can be a complicated and lengthy procedure, doctors use a formula to estimate the rate (eGFR).

The standard way to estimate GFR is with a simple test that measures the levels of creatinine in the blood. (Creatinine is a waste product from the digestion of dietary protein and the normal breakdown of muscle tissue.) These levels can differ between people and can be affected by factors other than kidney diseases, including age and sex.

In 2013, VA researchers and others published a paper comparing the creatinine test to a test developed by Swedish scientists in 1985 that measured a protein that lives in all cells in the body called cystatin C. Both cystatin C and creatinine are filtered through the kidneys, and their levels are measured through a blood test that gauges the speed of the filtering.

The paper noted elevated levels of cystatin C accurately predict higher rates of heart disease, stroke, and death among elderly people with no known kidney problems—while the creatinine test misses those risks almost entirely. The team also found that the creatinine test was confusing when used with Black people, who tend to have greater muscle mass on average than white people, and that the cystatin C test provides an unbiased estimate of kidney function. As a result of their work, VA began using cystatin C testing throughout its health care system.

In 2020, NKF and ASN formed a task force on reassessing the inclusion of race in diagnosing kidney diseases. The task force included a number of VA professionals. Its report, released in September 2021, recommended increased use of cystatin C combined with creatinine for a reliable way to check kidney function. It also recommended a new calculator to estimate eGFR that estimates kidney function without a race variable.

In a letter to health care professionals, the two organizations wrote that they “now urge all laboratories and healthcare systems nationwide to adopt this new equation to estimate GFR as rapidly as possible so that we can move toward a consistent approach of diagnosing kidney disease that is independent of race … We hope that this new race-free approach to promoting healthcare justice in nephrology will encourage other medical specialties to follow our lead.”