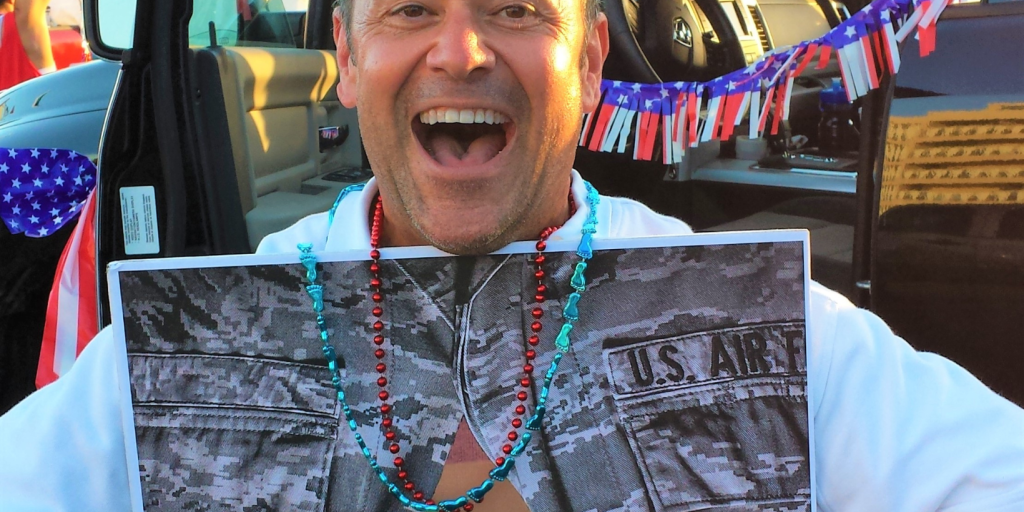 What is most important when delivering world-class health care for Veterans? Ask Beau Williams, and he’ll proudly admit, “It’s about connecting, instilling hope, and inviting everyone to the table.”

In 2007, Williams joined James A. Haley Veterans’ Hospital & Clinics after working as a Clinical Social Worker in the private sector. He remembers vividly the excitement he felt on his first day of orientation with government service. This was overshadowed by the omission of sexual orientation and gender identity in the anti-discrimination policy shared by HR at the time.

Williams was initially assigned to Acute Care as a Clinical Social Worker and in a year became the Medical Foster Home Program Coordinator for Pasco and Hernando Counties. Although he never served in the military, he found success and joy connecting with Veterans and loved listening to their stories. But when the conversations turned personal, Williams had to take a step back.

Unbeknownst to the Veterans he served, Williams was gay, and conversations regarding the personal lives of the gay community were not something he – nor society – felt comfortable discussing at work.

“Patients would often ask about my wife, and I didn’t want to make it an issue,” said Williams. “I knew they wanted to connect with me on a professional level, so I just ignored the gender part of the equation, and smiled and said, ‘we’re doing great.’”

This bothered Williams who admitted he never wanted to lie or misrepresent his situation.

“I didn’t want it to be an issue at work, so I just rolled with it,” said Williams.

2007 was a different time for the LGBT community in America. It was four years prior to the repeal of Don’t Ask. Don’t Tell (DADT) in 2011 and six years before the repeal of Section 3 of the Defense of Marriage Act (DOMA) in 2013.

“Until they repealed DADT and DOMA, LGBTQ+ Veterans would put their “cousin” down as next of kin because they were petrified that being outed would cause them to lose their benefits,” continued Williams. “It pained me to see them suffer.”

As part of his responsibilities, Williams made monthly visits to the Veterans in the Medical Foster Homes where he provided oversight. During one of his visits, a Veteran named David, who honorably served in WWII and Korea, asked if he could speak openly. As Williams recalled, during their conversation, David shared with him he was gay and confided that Williams was the only person he ever told.

“I don’t think he ever felt safe,” said Williams through a stream of tears. “I think he saw me as a gift, and that’s why he felt comfortable sharing the most personal information he had been hiding from the rest of the world, even his own family.”

Williams stated that he shared with David that he was gay, too, and gradually offered a few details about his partner and their relationship.

“From that day forward, with a smile on his face, he always asked how I and my partner were doing – by name,” continued Williams. “He’d often ask me jokingly, ‘Do you think I’m too old to find a partner?’”

David was 88 years old at the time.

Looking back, Williams realized David never dreamed society would accept him having a relationship with a man. Williams and David would talk monthly, and Williams remembers how excited David became when gay marriage became law in the Florida in 2015.

“His eyes would light up at the thought that a gay man could live openly,” confessed Williams. “I think in some ways, sharing parts of my life with him allowed David to live vicariously through me.”

In 2017, David passed away in the love and support of his Medical Foster Home family.

“When you get to connect with someone, you become part of each other’s lives,” said Williams. “When he died, I lost a friend and member of my family.”

During Tampa VA’s first Pride Observance several years ago, Williams agreed to be a featured speaker. During his remarks, he shared David’s story and recounted the impact that David had on his life.

“There are a lot of Davids out there. We are here to serve all who served, said Williams.”

Williams transitioned from Social Work Service to Education a few years ago. He now serves as a Training Specialist which allows him to be an integral part of supporting employees and Veterans throughout Tampa VA.

“I’ve always been driven to serve,” continued Williams. “In this role, I am part of a team who creates opportunities for our staff and helps them to grow personally and professionally in support of all of our Veterans.”

Williams’ passion for helping others – at Tampa VA or throughout the local community, remains grounded in the importance of valuing the strengths of inclusivity and power of diversity among our Veterans and staff.

In the back of his mind are the memories of so many Veterans – including David.

“If David were here today, he would say, ‘Love one another and be happy,’” added Williams. “David never thought he had the chance to have a meaningful relationship and be happy. Sometimes sacrifices Veterans make aren’t only in war. They continue in the present, and each of us can connect and work together to help them to be whole. Our heroes deserve it.”

Veterans can contact Tampa VA’s LGBTQSA Veteran Care Coordinator at: 813-972-2000 x 6337. Additional details about support can be found here: To Support LGBT Veterans And Their Caregivers, or by calling the LGBT Veteran Caregivers Support Line at 1-855-260-3274.