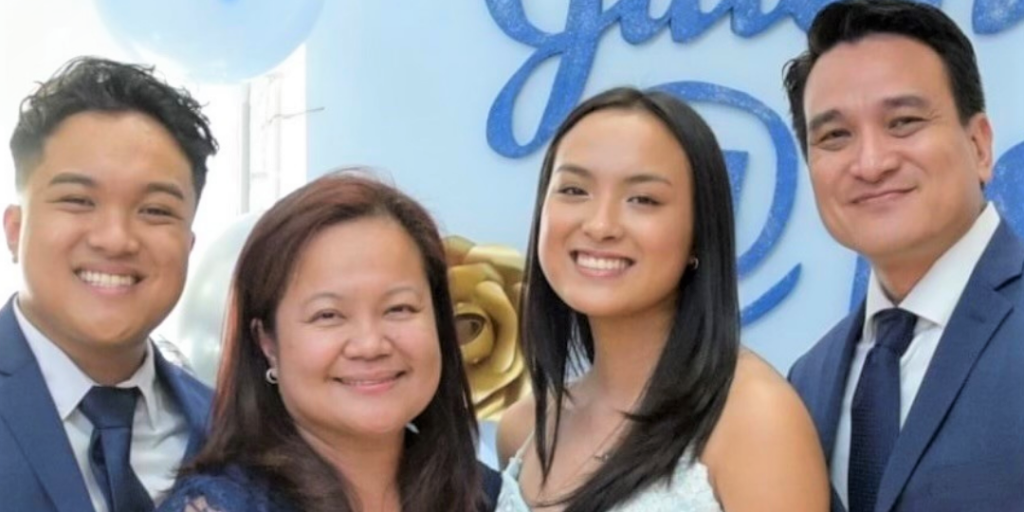 “They stand for communication, professionalism, and respect,” says the assistant chief nurse of geriatric and extended care (GEC) services for James A. Haley Veterans’ Hospital & Clinics. “I practice this as a nurse, as a person, and as a Filipino.”

Bronto credits his Filipino heritage and the examples shown by his parents as the reasons behind his success in life.

“We are caring people who are passionate and hardworking,” added Bronto. “I am so proud to be a Filipino because of those traits.”

As the second oldest of five children, Bronto said his mother’s commitment as a homemaker and his father’s passion for serving others as a medical salesman and politician propelled him toward a career in service to others.

“I saw the need for nurses in the Philippines, and I knew I had the drive to care for people,” said Bronto.

In the middle of taking courses, he found ways to put himself through school. Bronto also met Geraldine, a Filipina nursing student, who would later become his wife.

He followed her to the U.S. in 1999 with a dream of starting a family and working for VA. In 2006, the young father passed his citizenship test and officially became an American. Shortly thereafter, he and his wife obtained employment as nurses with Bay Pines Healthcare System in St. Petersburg.

He started as a charge nurse for transitional care and would later be recognized with the RN Excellence of the Year award.

“Being a nurse is a commitment. It’s a calling, actually,” added Bronto. “I knew I could do it, but I had to prove myself, and VA saw my potential to lead.”

Bronto worked as part of Bay Pines for 13 years, before moving to Tampa VA in 2019.

Less than two years after his arrival to Tampa VA, Bronto became the recipient of the DAISY Nurse Leader Award™ in July 2021.  The DAISY Foundation expresses gratitude to Nurses with programs that recognize them for the extraordinary compassionate, skillful care they provide patients and families.

As part of his recognition, which you can view here, Bronton was cited as “an aspiring leader and a true rising star.”

Throughout his time with VA Bronto has continued refining his servant-leadership style. Specifically, he found that listening and observing were two pillars for team unity and overall success.

“Listening is a powerful tool,” said Bronto. “We all should listen to each other more because when we do, our planning, acting, and execution as a team improve.”

He also acknowledged the importance of recognizing diversity.

“Having different cultures has a positive effect in our workplace,” continued Bronto. “We are a multi-racial workforce who respect our Veterans. That’s very important in the VA, and one of the many reasons I am so proud to be working here as a nurse.”

Bronto continues his service to others outside of VA, too.

“I am a singer,” added Bronto who sings at Mass every Sunday and visits nursing homes to sing for Veterans. “Music is part of healing, and the joy you see on their faces through music is priceless.”

The once young father, now a senior leader with VA, admitted that he and Geraldine have had great careers; however, they are most proud of their children.

“Our oldest, Joshua, is now 22 years old and just graduated from the University of Florida with a degree in advertising,” beamed Bronto. “Our daughter, Jiliene, is a high school senior and plans to pursue nursing at the University of Central Florida this fall”.

Bronto credits his Filipino culture for guiding him in thoughts and actions toward others, but also felt his time as a nurse in the U.S. has made all the difference in the success he and his family have experienced.

“I am so grateful to VA,” said Bronto. “They are the reason I am where I am now.”