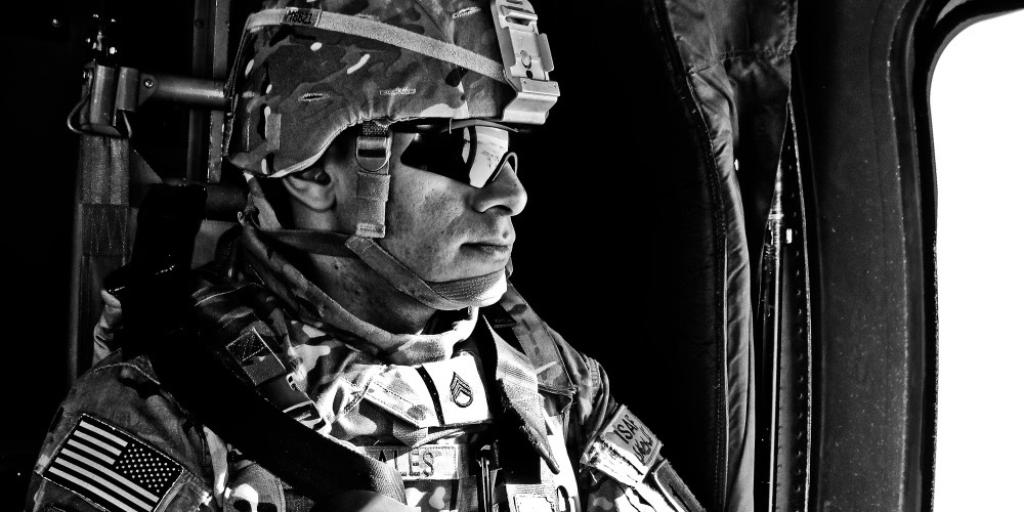 Sgt. 1st Class (Ret.) Nick Morales will never forget the day he learned he would no longer be serving in the U.S. Army.

Warning: The content in this story may be difficult for some Veterans.

Gone was his 15-year career, the elation of being selected to the Sergeant Audie Murphy Club, and his numerous decorations. All he could think about was the four-letter diagnosis that he couldn’t imagine living with – PTSD.

Being part of the U.S. Marine Corps from 1996-2001, Morales knew how to be resilient and be mentally and physically tough. Morales never saw the effects that war can have on survivors, but when he transitioned to the U.S. Army and became a public affairs journalist, that changed.

“I saw death through the lens of my camera,” remembered Morales. “It was like the worst parts of a movie.”

Morales, through the support of leadership, had taken the first steps to seek counseling because he knew something didn’t feel right with him. Unfortunately, that experience was not rewarding.

“I was really turned off because the counselor and the sessions were overly academic,” said Morales. “There was no personal relationship or empathy between me and the counselor, so I stopped going.”

Morales would intermittingly get strange feelings that he couldn’t explain. When he transitioned to the 3rd U.S. Infantry Regiment, “the Old Guard,” at Fort Meyer, Va., things went from bad to worse.

“The Regiment could do up to 26 funerals a day, and I…all of us… were surrounded by death,” said Morales. “It was at that point I reentered counseling and made some headway.”

The Veteran admitted that in addition to counseling he also had responsibilities which didn’t allow him or his mind to focus on his situation.

“I was a leader which meant I looked after the training and readiness of my soldiers,” continued Morales. “I was always busy, and my mind never slowed down.”

When he transitioned to the Network enterprise Technology Command at Fort Huachuca, Ariz., all that changed.

“I was an office of one, and I came crashing down,” admitted Morales. “I knew the importance of setting the example as a senior leader, so I tried counseling again with the thought that if I got help, perhaps it would motivate others to do so as well.”

“I was reluctant, I didn’t want to go because I thought they would recommend my release from the Army,” said Morales. “I told my counselor I felt like I was still in the fight, and I wanted to serve, and she told me she would not push for a Medical Evaluation Board.”

As a patient, Morales did cognitive processing therapy, group therapy, and worked on personal impact statements. He was also presented with a solution.

“The immediate fix was that I had to come to terms with everything and change my way of thinking,” continued Morales. “One of the phrases that stuck with me was bad things happen to good people.”

Just as he began to come to terms with the diagnosis that Sgt. 1st Class Morales had PTSD, he got more news.

“I was told that based on the evaluation and my participation in the program at the Denver VA, I was no longer combat effective,” said Morales.

His counselor had kept her word about not pursuing for a Med Board, but the medical personnel at Denver VA had made their determination that this was the best thing for Morales.

“My life came crashing down,” said a somber Morales. “I was the go-to guy who had done 15 years and planned to do 20-plus; I was a Sergeant Audie Murphy recipient. Now I’m being told I am unfit.”

During his time with Denver VA, Morales met with a peer support specialist.

“He was a Vietnam Veteran, and I felt at ease knowing there was someone who was a Veteran like me,” continued Morales. “This made a difference because I knew I wasn’t going to get clinical only; I was going to get help from a fellow soldier.”

Morales remembers the Veteran painting a picture of what living with PTSD was like, and even though the Veteran wasn’t eloquent with his words, Morales said he left him with a powerful message.

“He told me PTSD is a life sentence, but it was manageable,” added Morales.

When Morales left Denver and returned to Arizona, he joined the Combat Veterans Motorcycle Association.

“That’s when my healing really began,” said Morales. “I found a productive outlet.”

Morales met the qualifications for full membership and realized that even though he was removed from one formation, there was another one that would welcome him into their ranks. When he left the military and moved to Florida, Morales chose to receive his healthcare from James A Haley Veterans’ Hospital & Clinics.

When he initially met Dr. Chow, Morales was instantly put at ease.

“I saw a plaque on his wall, and I realized we had been in the same battle space,” continued Morales. “Now I had a warfighter next to me that’s giving me the care I need, and it was amazing."

Over the years, Morales’ love for VA has grown during his time at Tampa.

“I can honestly say the staff on this team has been – bar none – awesome,” said Morales.

A few years ago, Morales’ therapist suggested that he get out of his comfort zone. It spurred an idea that grew exponentially to a level Morales never thought was possible. Morales’ idea was to organize a motorcycle bike night for Veterans.

“The success of that event motivated me to have a personal mission to help one Veteran a week,” continued Morales. “Whether it’s a text, phone call or visiting with the VFW, I know that work is beneficial because the minute I become idle, my daemons resurface.”

During the event, Morales met a fellow Veteran, friend, and Tampa VA employee, “Super” Dave Allen, who would become instrumental in Morales’ journey to help himself and others. Together, the two were part of a six-member group who became the first Combat Veterans Motorcycle Association in the nation to lead a Final Mile Salute.

“When a Veteran dies and has no family to claim them, we work with local police to escort that Veteran to the cemetery,” said Morales. “The goal is to ensure no Veteran goes to their final resting place alone.”

Morales said he works to remember the good times from his service, but he also respects the struggles with PTSD.

“The main take away from my experience is we have the life we live, and it’s up to us to define that,” continued Morales. “It’s hard, and it never gets easier, but I know I can manage it.”

Morales has also moved on in his personal life. He has a son and his girlfriend, Autumn, is a combat Veteran, too.

“I have someone at home I can speak to about my emotions,” said Morales. “She’s been there, just like I have, and we know what it’s like. We are a champion for each other.”

Morales admits he still has difficult days, but he has a strong network of support, and he’s motivated to continue working to help other Veterans like him because it gives him purpose.

The Veterans Crisis Line connects Veterans and Service Members in crisis and their families and friends with qualified, caring VA responders through a confidential toll-free hotline, online chat, or text.