After struggles with addiction, Veteran finds peace through TVHS program 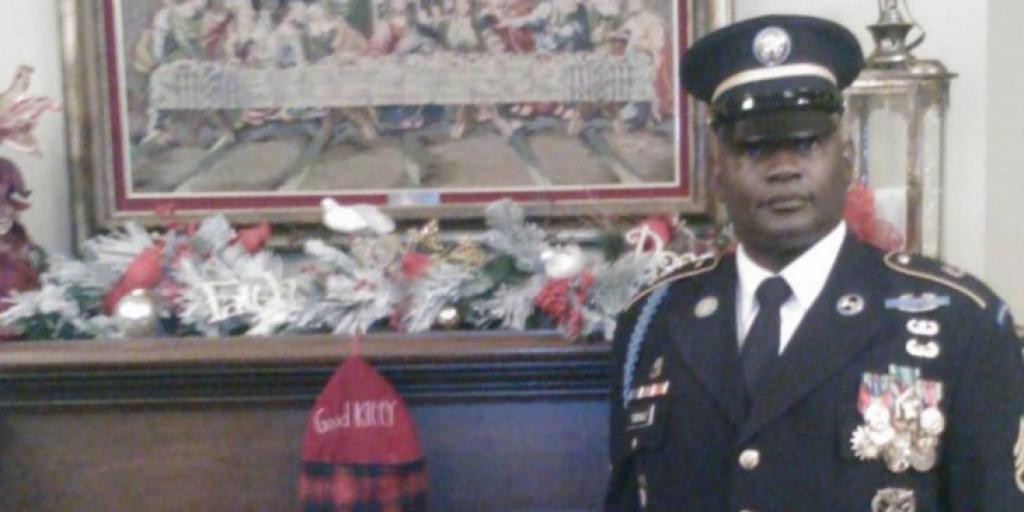 Oct. 17 - 23 is Compensated Work Therapy (CWT) Week. CWT is a therapeutic work program that assists Veterans with mental health or physical disabilities by providing meaningful work and the opportunity to develop job skills while they continue to improve their overall health and wellness. To kick off the observance, we're sharing inspirational stories of hope about Veterans who've overcome challenges and found career opportunities through our program.
By Hannah McDuffie, Public Affairs Specialist
October 19, 2021

Army Veteran Terry Tisdale is not the man he once used to be.

For roughly 18 years, the Chattanooga native struggled with alcohol and substance abuse. His relationships with family members were shattered, he was financially unstable, and his physical and mental health were at an all-time low.

“I was lower than low,” Tisdale said. “There were times I attempted suicide.”

Tisdale served 15 years in the Army and worked hard to support his two sons and daughter.

“My kids saw me go through some bad times,” Tisdale said. “I was a single parent for nine years. I eventually got out of the Army in 2006, but my addiction probably started around 2000. It started out with alcohol, but it got worse.”

“I felt like I lost a part of myself,” he said. "I was still drinking, but I started using crack-cocaine to kind of numb out the feelings and stop the nightmares. I thought it was helping me, but it only made things worse. I needed help and that’s when I was referred to compensated work therapy.”

In September 2017, Tisdale entered compensated work therapy at Tennessee Valley Healthcare System, a therapeutic work program that assists Veterans with mental health or physical disabilities by providing meaningful work and the opportunity to develop job skills while they continue to improve their overall health and wellness.

“This program should really be called compassionate work therapy because, man, my vocational specialist [Bobie Smith] really helped me through the hardest of times,” Tisdale said, “I struggled with my recovery and keeping employment during the first year, but Bobie held me accountable. He really helped me with not giving up and encouraging me to keep applying for jobs and kept me on track with my recovery. He constantly checked in on me.”

Smith is as an Army Veteran and vocational rehabilitation specialist at the Chattanooga VA clinic. He's been with the program since 2017. When Tisdale’s father passed in January 2020, Smith continued to ensure Tisdale stayed focused on his employment and recovery goals.

"I see my role as a facilitator of hope," Smith said. "I work with Veterans to find employment but I also help them keep it. Terry had a lot of struggles, but he came a long way and saw the importance of his recovery. This program wants to provide Veterans with better quality of life."

In October 2020, Tisdale started working with a previous employer, but eventually left to take a new position as a housekeeping aide at Tennessee Valley Healthcare System in April 2021. He described how the compensated work therapy program redefined his goals mentally, physically, and spiritually, and how he no longer felt alone in his struggles.

“It [this program] literally saved my life,” the Veteran said. “It was exactly what I needed in my life to provide purpose, direction and motivation. This program looks at you and tells you that you have value and purpose, no matter what you’ve been through. It gave me hope again, and that’s what I want to do for other Veterans. I want to give back that hope.”