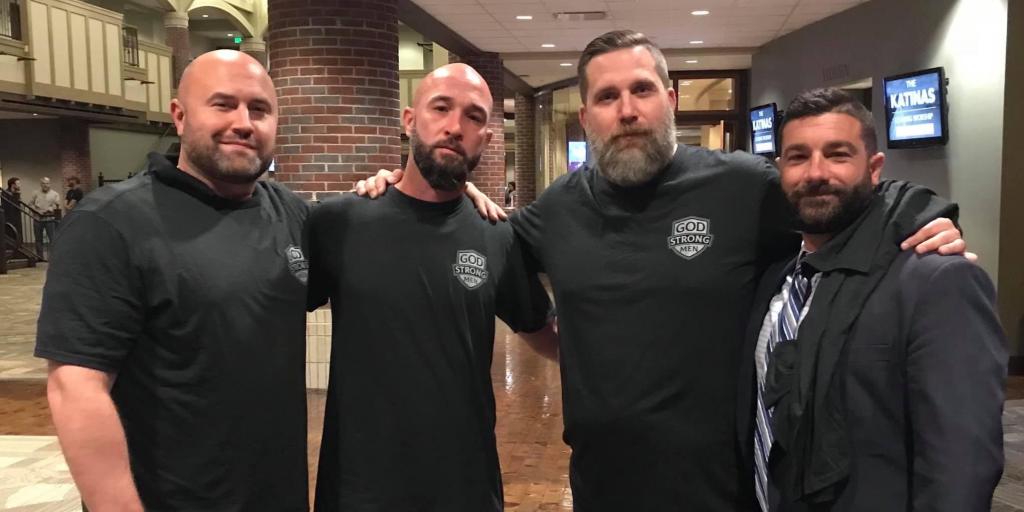 Marine Veteran Toby Toon (second from left) recently graduated from the Residential Rehabilitation Treatment Program (RRTP) at TVHS. Because of RRTP, Toon says he has rediscovered himself and life.
By Hannah McDuffie, Public Affairs Specialist
January 6, 2021

It’s 7 a.m. on a workday. Marine Veteran Toby Toon sluggishly rolls himself out of bed and walks to the shower to rinse the late night off. He hopes his day will bring him joy instead of anger, but deep down he knows the answer.

It’s 7:15 a.m. and Toon grabs the glass and Jack Daniels bottle he left on his nightstand from the evening before. He pours himself a drink and raises the glass to his lips. Without hesitation, Toon tilts his hand up to deliver the warm whiskey into his mouth and savors every drop as it rolls down his tongue.

After setting down his glass, Toon feels equipped for the day and leaves for work.

“I needed alcohol to function and get through my day,” Toon said. “If I didn’t have alcohol in my system, then I couldn’t physically move. I relied on it every day.”

Toon’s alcoholism started when he was a teenager in high school. The Murfreesboro native became fond of the nights when he and his friends drank together. Over time, Toon noticed he felt happier when he drank, so he continued to embrace the festive environment alcohol offered.

Toon’s adoration for drinking accelerated when he joined the Marine Corps in 2000.

After leaving the Marine Corps in 2005, Toon felt his drinking habit would subside with time, but it only got worse. Between 2017 and 2020, Toon went through a difficult divorce, lost his job, and became engaged, only to be left heartbroken again.

Nothing felt stable in his life, so he turned to the one thing that was always there for him – alcohol.

“I lost everything,” Toon said. “I mean, I was at the lowest point in my life and always angry and negative, so I just started drinking heavy. I was drinking almost every hour of the day. Didn’t matter what it was, as long as it had alcohol in it, then I was drinking it.”

He knew it was time to seek help.

“I knew I didn’t want to be buried six feet in the ground like some of my friends,” Toon said. “I was very apprehensive about getting help, but I was tired of the anger and negativity.”

“RRTP is a residential program aimed toward Veterans who have attempted outpatient treatment or have a significant barrier to participating in outpatient care,” said Dr. Amy Best, TVHS assistant chief of mental health and acting RRTP manager. “These Veterans need more intensive post-traumatic stress disorder care and substance use disorder intervention. I am proud to announce RRTP successfully completed its initial accreditation in December 2020, despite the challenges posed by COVID-19.”

Toon said he was nervous about entering the program, but within the first hour of being there his worries disappeared.

“Everyone in the program was so welcoming,” Toon said. “Something internally was different, like a good kind of different.”

To his surprise, Toon was able to get a full night’s rest during his first night, something he hasn’t been able to do in almost three years. Throughout his recovery, the Marine Veteran noticed his mental and emotional health improved significantly.

“RRTP at TVHS has helped me rediscover myself,” Toon said. “I haven’t felt this happy and like myself since 2015 or 2016. The entire experience here has allowed me to be accepting of who I am, and I just feel comfortable knowing I’m sober. It’s a breath of fresh air.”

Toon reached his 90-day sobriety mark Thanksgiving Day and graduated from the program in early December.

“You could say I had a lot to be thankful for on Thanksgiving Day,” Toon said. “I’m very grateful for this program. It’s a blessing, truly. I see myself in positive ways I never did before.”