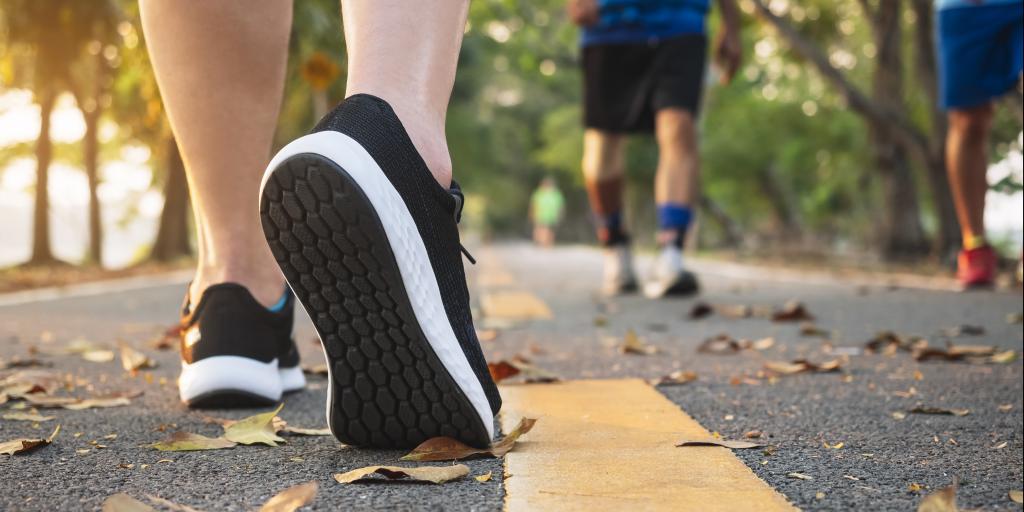 30 minutes of activity every day can improve your overall health and reduce your risk of diseases like Alzheimer's.
March 4, 2022

"The idea that you can reduce your risk for Alzheimer's disease by simply increasing your fitness level is very promising, especially since there are no adequate treatments to prevent or stop the progression of the disease," said Edward Zamrini, MD, lead author of the preliminary study released February 27, 2022.

The study involved 649,605 Veterans who receive care at VA medical centers within the Veterans Health Administration (VHA). Veteran participants were an average age of 61 years and none of the participants showed signs of Alzheimer’s disease at the start of the study. Participants were monitored, on average, for nine years.

As part of the study, all participants took an exercise treadmill test to measure how well their body transports oxygen to their muscles, and how well their muscles absorb oxygen during exercise. Participants were divided into five groups based on their fitness level. The group with the highest fitness level had an energy expenditure equivalent to about two hours of walking or biking per week.

What makes the results so exciting, said Zamrini, is that participants in every group above least fit saw some decrease in their risk of developing Alzheimer’s. “It was not an all-or-nothing proposition," he explained. “People can work toward making incremental changes and improvements in their physical fitness and hopefully that will be associated with a related decrease in their risk of Alzheimer's years later.”

Coauthor of the study and Chief of Staff at the DC VA Medical Center, Charles Faselis, MD, said, “This research is important because Alzheimer’s disease has emerged as urgent in Veterans’ health, and these findings, along with ongoing research, will provide clinicians with the information necessary to prescribe safe exercise programs to lessen the risk of Alzheimer’s disease and related dementias.”

“To help Veterans prevent the development of Alzheimer’s, the research team is using explainable artificial intelligence technology to turn their findings into a formula which can be individualized to show the benefits that small increases in activity can deliver,” said Qing Zeng, PhD, the senior investigator of the study and Co-Director of the Center for Data Science and Outcomes Research at the Washington DC VA Medical Center.
“There are 1,440 minutes in a day. We can all find 30 minutes to walk briskly in order to prevent Alzheimer’s disease. Prevention is always better than treatment,” said Peter Kokkinos, PhD, Director of Human Performance and the Cardiometabolic Health Unit at the Washington DC VA Medical Center.

While Alzheimer’s takes years to develop, symptoms are seen in 95% of patients after age 65. However, some studies have suggested that Alzheimer’s starts in patients before symptoms are spotted. Therefore, DC VA Medical Center clinicians included 101,856 Veteran participants with a baseline age between 39-49 years. Also, the study included 36,000 women Veteran participants and statistical analysis showed no interaction between gender and fitness level.

Although participants of this study are all Veterans, the prevalence of Alzheimer’s disease in Veterans is not higher than that of the general population. Emerging evidence from studies suggest that physical fitness and activity improves cognition to include thought, reasoning and understanding. Physical fitness and activity may lessen the effect of other Alzheimer’s disease risk factors such as coronary heart disease, stroke, hypertension, depression, insomnia and others by enhancing blood flow, neural connectivity and brain volume.

Veterans who wish to establish a physical fitness plan for overall health and wellness may speak with their VA primary care provider.

The study is supported by a NIA/NIH Grant and will be presented at the American Academy of Neurology’s 74th Annual Meeting, April 2-7, 2022. Other coauthors of the study are Yan Cheng, PhD; Helen Sheriff, MD; Yijun Shao, PhD;  and Linda Redd with the Washington DC VA Medical Center and The George Washington University, Washington, DC.