Learning How to Live a Healthier Life with Diabetes 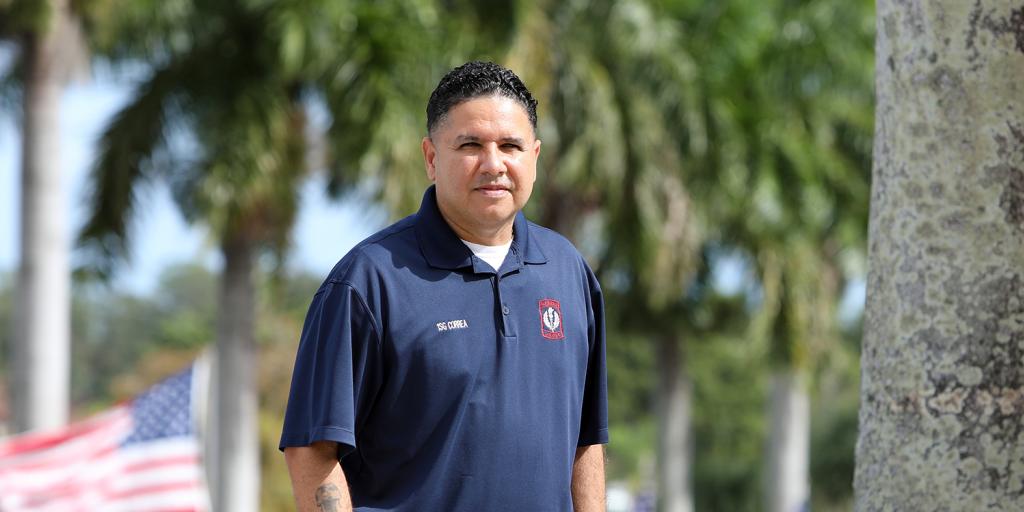 Any once active-duty service member can agree that their physical health was prime when serving.

Any once active-duty service member can agree that their physical health was prime when serving. As a U.S. Army Veteran, Antonio Correa, never predicted that his health would take a startling turn.

Now insulin dependent and diagnosed with Type II Diabetes, Correa has gained a new understanding of his health.

Thirteen years ago, his mind swarmed with fear of the unknown when he was told he had diabetes.

The retired First Sergeant says, “I understood that the diagnosis was a serious threat to my health, and even a bigger threat to my military way of life. I was fearful because managing diabetes meant making changes to my day-to-day routine.”

All that fear flew out the window when he was introduced to the Diabetes program at the West Palm Beach VA Medical Center.

The program instilled confidence in the once fearful diabetic. Correra was introduced to a customized plan that provided him the latest devices and education. From learning to track blood glucose levels to meeting with a Dietitian, he was more than equipped and found diabetes did not have to halt his life, but instead teach him how to better live it.

In today’s age, there are many options for diabetics to choose from to manage their health. The VA is present to help guide Veterans to pick options that work best for them.

For Correra, he admits he was hesitant to the treatment plan at first. The idea of using an insulin pump was not desirable, but now he says, “I cannot see myself living without the device.”

Now, thirteen years later, the retired Sergeant, learned more than the best snacks to maintain his sugar levels, but also discovered that his diagnosis does not define him.

He proves just that as he continues to serve his community. His military service never truly left. As a Junior Reserve Officer Training Corps Instructor, he continues his service by training the next generation who will soon take the same oath he once did.

As someone who has walked through the program firsthand, he says with a wide grin, “I can honestly say that the VA has been a lifesaver and I am extremely grateful for their care.”