From Afghanistan to Aspen, USMC Veteran continues to push boundaries 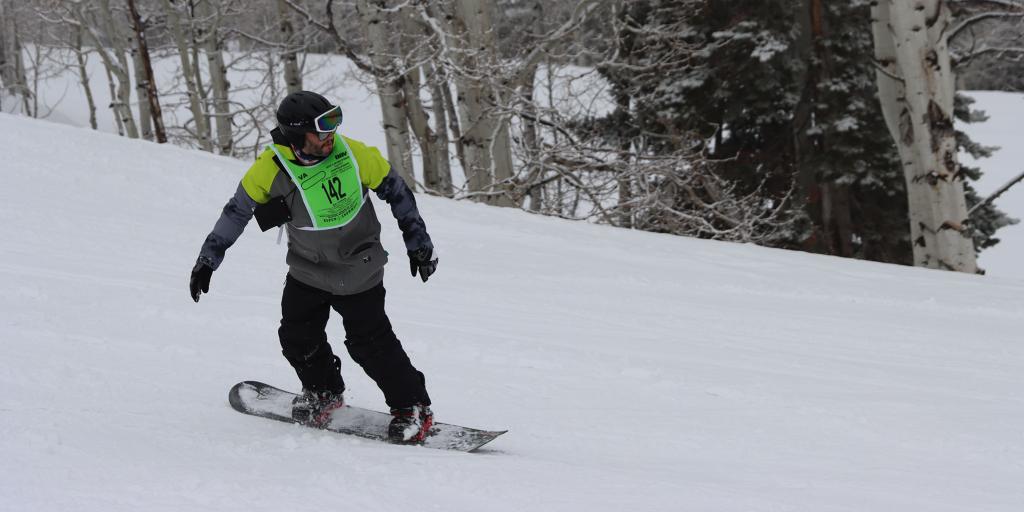 A fourth tour in Afghanistan would change his life forever. The unthinkable happened fast for 25-year-old Marine Corps Veteran Ryan Garza. In 2011, an IED blast rocked the seven-ton truck he was riding in badly injuring his leg.

He spent more than a year at the Naval Medical Center in Portsmouth, Virginia, receiving treatment for his shattered leg and traumatic brain injury.

As the years went by Garza’s medical team worked to save the limb however, by 2015 Garza and his doctors knew he would be better off without it. Garza made the agonizing decision to amputate and even selected the date of surgery – Friday the 13th.

“What better day to have your leg cut off,” Garza joked. “I was very anxious before the surgery, but I realized that pain had been destroying my life and I was becoming a violent dude and a bad alcoholic. Once I picked the date, I started pushing forward.”

Just five months later, Garza was climbing a 14,000-foot mountain in Colorado with No Barriers USA. But despite his resolve to bounce back, there was more pain to come.

“In 2016, I witnessed one of my Marine buddies take his life and I took it hard,” Garza said. “The biggest thing that was holding me down was the guilt.”

It was a Thanksgiving holiday that Garza set something in motion that, he says, saved his life.

“I decided to give some food to the homeless and I felt a weight lift off me. That year I made more than 100 plates and passed them out. Seeing hope in their eyes, giving back…that was my way to give back to myself.”

From that moment, Garza was determined to help other Veterans who may be experiencing trauma. Today, he is finishing up a book, “Disturbed Earth, My Journey from Guilt to Forgiveness,” which he hopes to publish this year on Oct. 3, what he calls his “stay alive” day.

“That’s the day that you should have died, but you are still here,” he said.

Garza, who receives his care at the PFC Floyd K. Lindstrom VA Clinic in Colorado Springs, Colorado, continues to push his mental and athletic boundaries. Being at this year’s National Disabled Veteran’s Winter Sports Clinic in Aspen-Snowmass, Colorado, was another step toward regaining his life and he is thrilled to be snowboarding.

“I never did winter sports and always wanted to snowboard,” he said. And his first day on the mountain did not disappoint as he quickly conquered the beginner slopes and moved on to the intermediate blue terrain.

“It was absolutely amazing,” Garza raved. “I’ve been nailing the blues without falling. I went from bunny hills in January to the blues today.”

Garza isn’t ruling out black diamonds in his future because he doesn’t put limitations on himself and, as a motivational speaker, he asks the same of his audiences.  “What is your summit?” he asks, before challenging them to “do the one thing they think they can’t.”

Donna J. Bell is the Office of Community Care director of communications, and a four-time volunteer at Winter Sports Clinic.

Back on the mountain after three years

Video: Getting the perfect fit at the Winter Sports Clinic