If you have symptoms of fever, cough, and shortness of breath, call us at 1-877-928-2621 (press 3) before visiting us. For other concerns, you may be able to access VA care from home by phone or using VA virtual care options

COVID-19 vaccines: All Veterans, spouses and caregivers can get a COVID-19 vaccine at VA by appointment or walk-in clinic. Visit our vaccine information page. 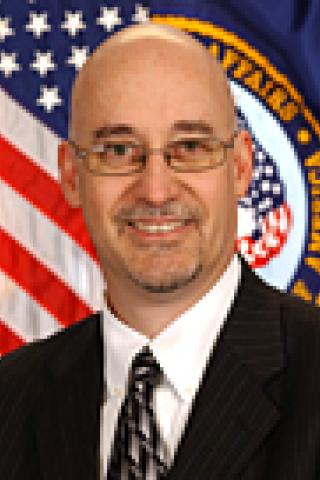 Russell Lloyd has been appointed Medical Center Director for the Wilkes-Barre VA Medical Center effective October 2, 2016. Prior to this appointment, Mr. Lloyd served as Associate Director for Resources for the Central Texas Veterans Health Care System (CTVHCS) since March 28, 2010. In this capacity, He was responsible for day-to-day operations of a multi-site VA health care system with an annual budget of approximately $544 million and more than 3,400 employees.

He started his VA career at the Dallas VA Medical Center first as an Administrative Resident, then a Health System Specialist Trainee and finally as the Administrative Officer for Social Work Service and the Comprehensive Homeless Center. He transferred to the Omaha, Nebraska VA Medical Center as the Staff Assistant to the Director in October 1995. In 1999, he assumed the position of Network Planner in the VA Central Plains Health Network (formerly VISN 14) in Lincoln, Nebraska.

Mr. Lloyd joined the VAs VHA Support Service Center as an internal consultant participating in the Capital Asset Realignment for Enhanced Services (CARES) initiative in 2002. He coordinated the development of CARES Market Plans for VISNs 3 & 15. He was appointed to the position of Chief Financial Officer for the VA Nebraska-Western Iowa Health Care System in December 2004. He served as Chief Financial Officer for the Central Arkansas Veterans Healthcare System from April 2006 until October 2008. He served as the Associate Director for Operations for the Jonathan M. Wainwright Memorial VA Medical Center in Walla Walla, Washington.

Mr. Lloyd received a Bachelor of Business Administration from the University of Texas at Austin and a Master of Science in Health Care Administration from Trinity University in San Antonio, Texas. He is a certified Federal Financial Manager and a graduate of the VA’s Executive Career Field Candidate Development Program Class of 2008.