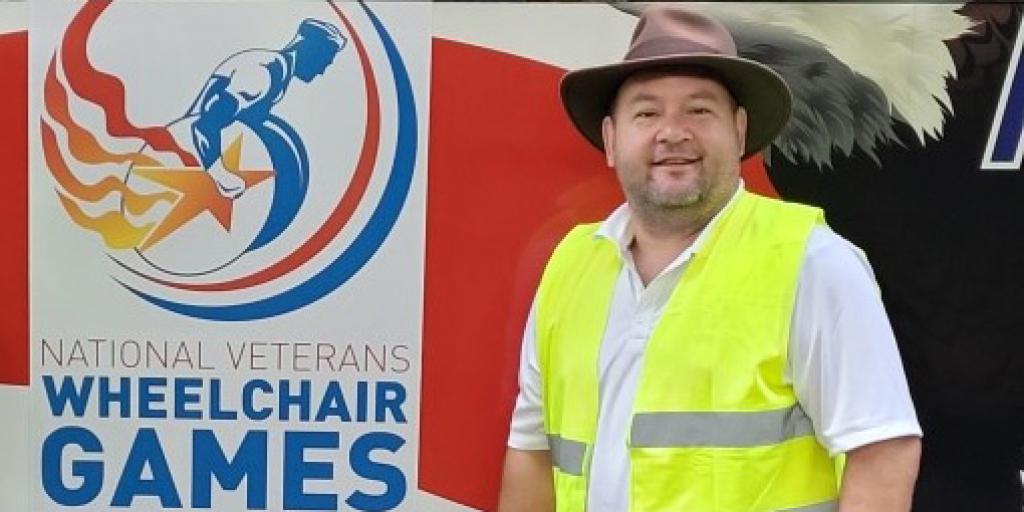 Jimmy Sandford, a CDL Driver, was just one volunteer from the Wilmington VA Medical Center to lend his hand at helping the make the games a success. He learned of the deployment via his manager who constantly receives emails for all possible deployments.

“Being a member of the Wheelchair Olympic deployment was such an honor! My specific role as a driver was to deliver supplies and equipment to each event sites in and around New York City, which was not an easy task in NYC,” laughed Sandford.

Sandford, an Air Force Veteran, has worked more behind the scenes at WVAMC with assisting Veterans. One day he could be driving them to events, delivering vaccines to local CBOC’s or maintaining the facility.

Logistics plays a crucial part for the games. Specialty wheelchairs are needed for different games like basketball, softball, and baseball for Veterans. Staff also needed items like tables, chairs, and tents to complete their portion of the games.

Transporting items allowed Sandford the chance to meet with Veterans competing in the games as well. “I had several interactions, and all were very positive,” he remarked.

“I took a picture with one Veteran and his service dog, he was very upbeat, as were his caretakers. During the loading and unloading of Veterans, I would often have conversations with them about their service, where they live, and any topic they may bring up.”

The DEMPS Program is the Veterans Health Administration’s (VHA) main program for deployment of clinical and non-clinical staff to an emergency or disaster, and the assignments vary in skillsets, locations as well as length of time.

DEMPS may be used for internal VHA missions, as well as supporting external missions identified under the VA's 4th Mission and in direct support of the National Response Framework Emergency Support Function #6 (Mass Care, Emergency Assistance, Housing, and Human Services) and/or #8 (Public Health and Medical Services).