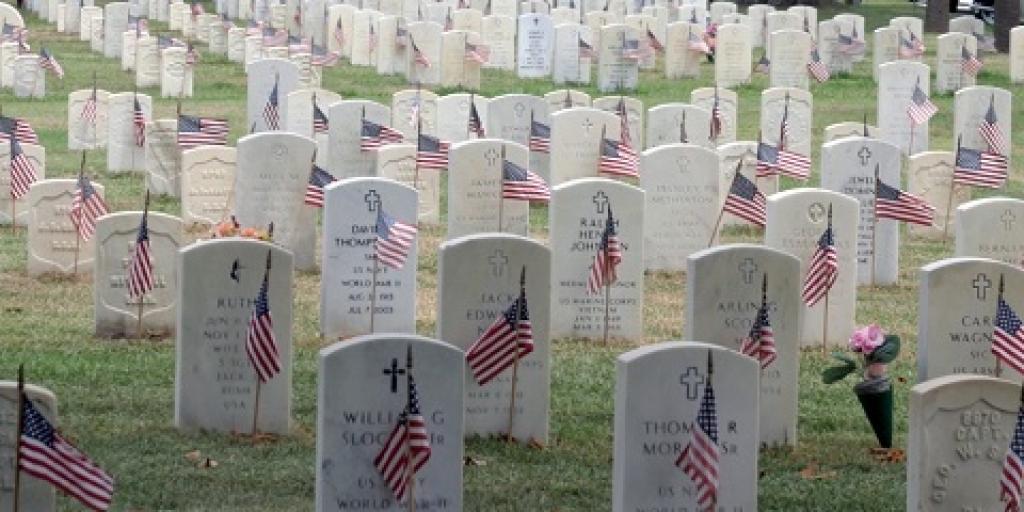 May God bless our honored dead, those currently serving our country in uniform, and all our nation’s Veterans.
June 21, 2021

Memorial Day is dedicated to those who fell in defense of the core ideals, beliefs, and values we hold sacred as a nation.

Memorial Day is dedicated to those who fell in defense of the core ideals, beliefs, and values we hold sacred as a nation.

The roots of Memorial Day reach back to the 1860s, when Americans began honoring Civil War dead by placing flowers on their grave. This practice quickly spread across our nation.  The first official recognition of “Decoration Day,” as it was then called, was in 1868. On May 30th of that year, at the recently established Arlington National Cemetery, more than 5,000 listened to speeches, recited prayers, and sang hymns as they walked through the cemetery, casting flowers on more than 20,000 graves of Civil War Soldiers.

Almost 158 years ago, President Lincoln said of those who gave “the last full measure of devotion” at Gettysburg that “[w]e cannot dedicate, we cannot consecrate, we cannot hallow this ground. The brave men, living and dead, who struggled here, have consecrated it, far above our poor power to add or to detract. The world will little note nor long remember what we say here, but it can never forget what they did here.”

Lincoln’s eloquence is impossible to improve upon. There is nothing that can be said that can surpass the noble sacrifices, dedication, and consecration of those who gave all to uphold our democratic ideals, who gave their lives in war so that following generations could live in peace.

On Memorial Day, we remember those of all generations who did not make it home to their families. Whether they died in a named battle or at a host of other crossroads of conflict marked only by grid coordinates or the elevation of a hill on a map, American Soldiers, Sailors, Airmen, and Marines stood fast.  Their sacrifices advanced our founding principles, ideals, beliefs, and values as a nation. They cherished liberty and loved freedom enough to lay down their lives to preserve our way of life.

We at the Butler VA Health Care System are privileged to honor the dead by serving the living. Every day, the work we do fulfills President Lincoln’s call to serve those who “have borne the battle,” their families, caregivers, and survivors.  It is both a great honor and a great responsibility to serve them as well as they served all of us.

May God bless our honored dead, those currently serving our country in uniform, and all our nation’s Veterans.