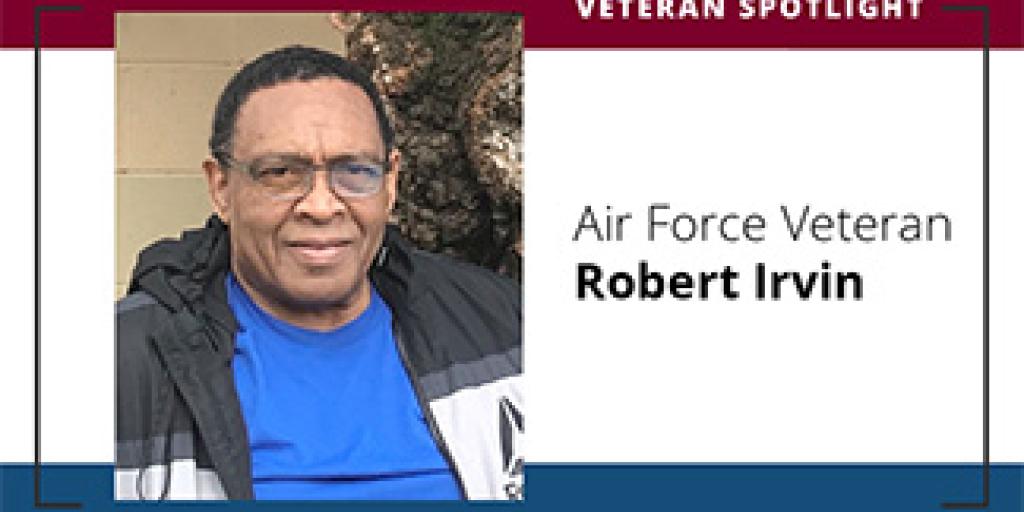 In “The Battle of Baltimore,” British Troops attacked Fort McHenry for 25 hours. Francis Scott Key described the scenes of America’s victory in a poem that would evolve into our national anthem, a song outlining the struggle, hope and promise of America.

When Jimi Hendrix played the national anthem at Woodstock in 1969, audiences didn’t need to hear Scott’s lyrics. Hendrix, a Veteran himself, echoed the conscience of a nation at war.

No one said “Thank you for your service”

When Irvin returned to civilian life in 1975, the war was over. America was tired, tense and unwilling to offer a warm reception to Vietnam Veterans. “No one said, ‘Thank you for your service,’” Irvin recalls, hiding his Veteran status from the public.

After years of intermittent employment, Irvin used a VA education benefit to become a certified truck driver. After 20 years on the road, a windstorm was the catalyst for a crash that flipped Irvin’s truck over and, in the process, his life.

Injured and unable to drive, Irvin enrolled in a course to learn computer skills and attempted to sell insurance. In both fields, he found himself far behind his colleagues, who spent decades refining their skills.

Without a place to call home or the prospects of a job during a global pandemic, in May 2021, Irvin visited VA for help. The Sacramento Vet Center connected him to temporary housing in a hotel provided by Volunteers of America (VOA). And with VOA’s help, Irvin quickly applied for permanent housing through VA’s HUD-VASH Program.

After a few months, he received the keys to the apartment he has lived in since. While Irvin has enjoyed this home, he looks forward to moving out in a few months.

Home of the brave

This year, after receiving disability compensation from VBA, Irvin’s income surpassed the eligibility limit to receive HUD-VASH services. “I can go out and actually qualify, using VA benefits, to buy a house of my own,” Irvin says, voice filled with pride and gratitude. Without his social worker, Lori Bowley, he does not believe he would be in the same position he is in today.

Sometimes the American journey can seem as uncertain as that perilous night in Baltimore Harbor. Our national anthem reminds us that America is the home of the brave. Robert Irvin and all our nation’s Veterans confirm this is as true today as it was in 1814.

By Shawn Liu, community engagement coordinator with the VHA Homeless Programs Office. Published on the VAntage Point blog on June 13, 2022.