Social Worker Spotlight: Richard Sells - Veterans Experiencing Homelessness
skip to page content
Attention A T users. To access the combo box on this page please perform the following steps. 1. Press the alt key and then the down arrow. 2. Use the up and down arrows to navigate this combo box. 3. Press enter on the item you wish to view. This will take you to the page listed.
Menu
Menu 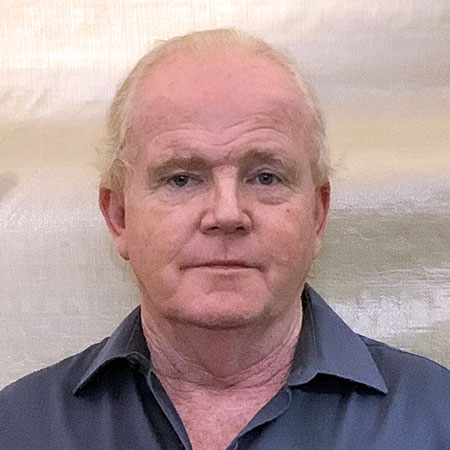 “We would like to highlight his efforts and service to Veterans for over 20 years. Richard displays the utmost professionalism as a social worker advocating for Veterans and mentoring junior social workers.”

How long have you been employed by the VA?

Why did you become a social worker? What do you like about working in homeless programs?

Richard became a Social Worker after working through several of his own goals and developing the desire to help others. Working in the Homeless Program gave him the opportunity to work with a diverse population of Veterans. The Homeless Veteran population that he works with includes recently discharged Veterans as well as Veterans who have been out of the military for several decades. He works with Veterans who are at imminent risk of homelessness to Veterans experiencing chronic homelessness. He helps Veterans with a range of mental health concerns, substance use issues, and complicated medical problems.  Working with this population gave Richard the opportunity to guide them through the comprehensive VA system to obtain the benefits they are eligible for and deserve.

Who is recognizing you for 2021 SW Appreciation Month and why?

Supervisors Jesse Tran and Katrese Epps are recognizing Richard Sells. Richard has been instrumental in the daily operations assisting Veterans at the CRRC. Richard displays the Social Work core ethics of “Service” by providing the utmost efforts to secure housing and assists with navigating all resources available to the Veteran. Ensures “Social Justice” regardless of the Veteran’s race, creed, religion, ethnicity, SES, and criminal history advocating in the community that the Veteran has a right to services offered. Richard supports the “Dignity and Worth of the Person” understanding where the Veteran is coming from and to assist with the Veteran’s desires. Richard highlights his work with Veterans in their social connections “Social workers recognize the central importance of human relationships”, with a support system via family, friends, self-help groups, other Veterans, or supporting organizations. Richard has the “competence” as a social worker providing knowledge in VA and in the community to help Veterans. Richard also mentors junior social workers to assist Veterans and navigation of resources. Richard has the “Integrity” to always do the right thing in the VA organization by not being influenced by who is or not watching him. He will go above and beyond to assist Veterans and staff members.

What do you do for fun? Favorite Quote?  What else would you like to share about yourself?