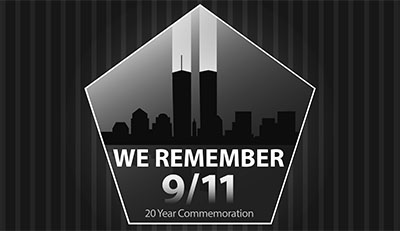 About National Day of Service and Remembrance | Patriot Day

Twenty years ago, on Tuesday morning, September 11, 2001 terrorists attacked the United States of America in a series of despicable acts of war. They hijacked four passenger jets, crashed two into the World Trade Center’s twin towers, and a third into the Pentagon. The fourth plane crashed in the Pennsylvania countryside. Thousands were killed, thousands more injured, and still thousands more responded to help the victims.

September 11, 2001 changed our lives. It was a sober day marked by the humanity, heroism and grace that rose up in Americans as we faced unimaginable tragedy and loss.