Mr. Robinson is a Health Care Technician at the Medical Center in Hampton, VA. He retired after 21 years as a medic with numerous leadership positions in the US Army. He has an MBA with a concentration in Healthcare Administration. His most important goal in life is to help eradicate the presence of homeless veterans in his area. He joined the VA in August 2005, working in the Call Center, moving on to the Spinal Cord Injury (SCI) Unit. He currently holds the position of Team Leader for the Healthcare Technicians on the SCI Unit. 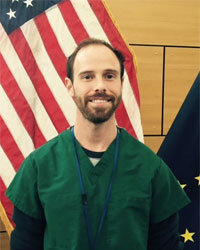 Brian M. Izzo, LPN, was born and raised in the town of North Syracuse in upstate New York. He began his LPN career in July of 2010 at a Step Down Cardiac Thoracic Surgery Unit at St. Joseph’s Hospital in Syracuse, New York caring for surgical patients for 2.5 years. As husband of an Active duty Air Force 1st lieutenant, Brian moved with his wife to Anchorage, Alaska and began to work in the surgical clinic at the Alaska VA Healthcare System. There he cares directly for Podiatric and General Surgery patients, managing both the Foot Care and Ankle-Brachial Index testing clinics. He also provides interactive wound care to both Podiatry and Surgical patients under direct supervision of the surgical providers within the VA clinic. Brian is currently pursuing his Bachelors as an RN at the University of Alaska with a final goal in obtaining his Wound Ostomy and Continence Nursing (WOCN) Certification. An outdoorsman, Brian is very active in Fishing, Backpacking and Skiing. He and his wife Yura are expecting their first child. 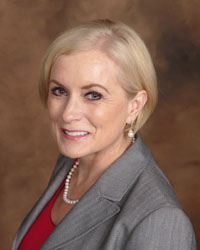 Christine Payne has been a registered nurse for over 21 years, serving the private sector in various roles prior to her VA career. She obtained her BS in Psychology from Texas A & M University followed by a BSN from the University Of Texas Health Science Center. She maintains a national certification in Case Management. Ms. Payne is a member of the American Psychiatric Nurses Association, National Pain Society, and the American Society for Pain Management Nursing. Ms. Payne proudly served as a U. S. Army Nurse Corp Officer with duties as a Charge Nurse in the Psychiatric Unit at Wilford Hall Medical Center in San Antonio Texas from 1996-1998. Her military service established an ongoing commitment to serving those in uniform as well as Veterans. During her tour, she was instrumental in the development and implementation of a newly established mental health outpatient clinic for Uniform Services Members and their families. Ms. Payne's interest in mental health spurred a 20+-year career serving this special population, beginning with her role as a Psychiatric Admissions and Triage Nurse where she served on a Crisis Response Mobile Team.

Prior to joining STVHCS, Ms. Payne utilized her mental health expertise and clinical experience to establish and implement several psychiatric home health programs. She developed policies, guidelines, operations manuals, nursing notes and various clinical tools; and hired and trained nursing and support staff. Her expert marketing skills and outreach efforts succeeded in providing psychiatric home health to a needy population in suburban and rural communities. Ms. Payne joined the South Texas Veterans Healthcare System (STVHCS) in September 2012 as the first nurse hired to launch a centralized Behavioral Health Care Management Program. She developed policies, guidelines, protocols, clinical tools, and various marketing and educational brochures. She also created a standardized nursing note template specific to the Care Management role. Additional nursing and psychology staff was hired as the program expanded, and Ms. Payne developed orientation and training manuals to train the staff and served as a mentor, department resource, and informal lead for the Behavioral Health team. While working closely with the Patient Aligned Care Teams (PACT), several Primary Care Providers expressed concerns with managing their chronic pain patients. Ms. Payne responded to their concerns by initiating and coordinating a pain management pilot program at the North Central Federal Clinic with the collaboration of Primary Care and Behavioral Health Providers. She developed a patient education workbook and teaching modules to address the many areas affecting chronic pain patients. The pilot was launched and well received by patients and the outcomes showed significant improvement. The program was then opened up to all of the STVHCS clinics and proved to be a great success.

Ms. Payne was invited to speak at the VISN 2014 Primary Care Mental Health Integration (PC-MHI) Annual Conference, where her presentation led to requests from other VA facilities to assist in establishing a Centralized Care Management Program. Ms. Payne was recently promoted to Nurse Manager for Outpatient Mental Health and looks forward to continued service to Veterans. 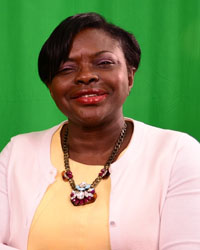 Audrey Graham O’Gilvie was born in Kingston, Jamaica and moved to Montreal, Canada in her early teenage years with her family. She received her Associate’s Degree in Nursing from Dawson College in Montreal, Quebec and her BSN at Dalhousie University in Halifax, Nova Scotia. During her time in Canada, Audrey became bilingual and speaks French.

Audrey Graham-O’Gilvie obtained her MSN in 1999 at Mercy College in New York. With over 34 years of experience as a registered nurse, Audrey has held several leadership positions throughout her career. Since her move to the United States in 1990, Audrey has held several roles, staff nurse, Director of Case Management, Director of Nursing, Clinical Nurse Specialist in Cardiology in a major tertiary center in New York City, and Manager of the Case Management Program for the Ambulatory Division of the same major medical center.

In the fall of 2013, Audrey joined the VA Hudson Valley as the Safe Patient Handling and Movement Coordinator. In this role, she managed a hospital wide program ensuring the safe patient handling and movement of patients, implementing strategies to decrease injury to nursing staff and develop competencies to ensure the use of the safe patient handling equipment. Audrey coordinates the Nursing Shared Governance program and she is a member of the Nurse Executive Council (NEC). She developed a Share Point Site which monitors performance of the unit based councils. In January of 2014, she was detailed to the position of Performance Improvement Coordinator and in June 2015 became the Associate Chief Nurse for Geriatrics.

Audrey is a Doctor of Nursing Practice candidate at Saint Peters University in Englewood, New Jersey. She is an adjunct professor in the Clinical Nurse Specialist Program at Hunter College in New York City.

Audrey is the wife to Vassell George O’Gilvie a practicing Psychotherapist; they have been married for 33 years. They have two professional daughters, a speech language pathologist and hedge fund controller, who reside in New York City 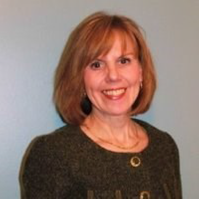 Prior to her appointment at the Providence VA Medical Center, Dr. Clickner served as Associate Director for Patient Nursing Services at the Bath VAMC in Bath, New York. Dr. Clickner began her career serving Veterans at the Brooklyn VAMC as a direct care nurse and has held a variety of positions as a clinician, educator, researcher and leader. Her leadership experience includes Coordinator for Special Care Units at Brooklyn VAMC and Performance Management Program Director at New York VAMC. She served as a Nurse Educator at the Albany and New York VAMC’s. She has served the Veterans and staff at the Brooklyn, New York (Manhattan), Albany, Bath and Providence VA Medical Centers. She is adjunct faculty with Rhode Island College, School of Nursing and University of Rhode Island, College of Nursing.

Dr. Clickner received a Doctorate of Nursing Practice from the University of Southern Indiana in 2012.She earned a Master's degree in Nursing Administration from Teachers College, Columbia University and previously earned a Bachelor of Science in Nursing from Wagner College. She also holds Nurse Executive Certification (NE-BC) from the American Nurses Credentialing Center. Dr. Clickner has been active with the New York State Nurses Association and Rhode Island State Nurses Association. She currently serves as Vice President of Delta Upsilon, Chapter-at Large of Sigma Theta Tau International. She is a member of the American Organization of Nurse Executives. She received her She has faculty appointments with Rhode Island College, School of Nursing (RIC,SON) and University of Rhode Island, College of Nursing. She has publications in peer review journals focusing on nursing workforce and leadership topics.

Elizabeth (Lisa) Joyce Freeman was appointed VAPAHCS Director on February 11, 2001. Ms. Freeman's duties include overseeing one of the most complex health care systems in the country with an annual budget of over $915 million, more than 7,000 staff and volunteers and 808 operating beds. Further, she is responsible for initiating and maintaining a cooperative relationship with affiliated Stanford University School of Medicine, other local hospitals, neighboring VA Health Care Systems and the Sierra Pacific Network Office at Mare Island, California

She graduated from the University of Notre Dame with a Bachelor of Science degree in Civil Engineering and received a Master's Degree in Business Administration from Louisiana Tech University. She is a licensed civil engineer in the State of Virginia. In addition to her VA responsibilities, she is a Fellow in the American College of Health Care Executives and serves as a formal mentor to numerous VA emerging leaders. She received a Presidential Rank Award at the meritorious level in 2005 and at the distinguished level in 2009. In 2011, she was named one of the top 100 influential women in Silicon Valley.