I Can Achieve Great Things

At the age of 14, I knew that I wanted to attend the United States Military Academy at West Point and serve in the US Army. I felt that this career path aligned with who I was and wanted to be. I had family that had served in the Army. My father attained the rank of Captain and served during the Vietnam War. My grandmother was a nurse who rose to the rank of Captain, serving in WWII. While military service was a part of my life growing up, it wasn’t my main reason for joining. I was particularly attracted to the rigorous academic and physical training that West Point could provide me. 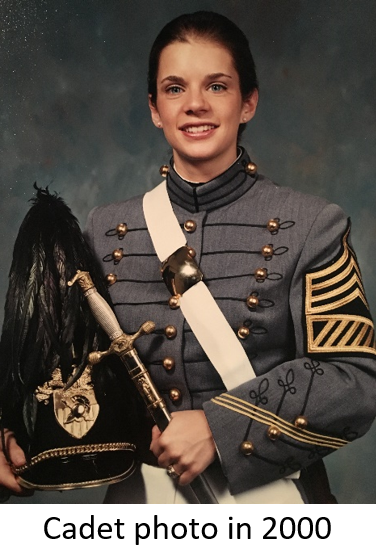 In the summer of 1996, I graduated from high school and immediately departed for my new life with the Army. To be considered for acceptance to West Point, one must have a nomination letter from your Congressman, Senator, or United States President or Vice President. I obtained my nomination from the Vice President of the United States, Al Gore. The Vice President is only allowed five nominations for each military academy each year, so it was a great honor to receive one from him. Mr. Gore was the speaker at my West Point graduation and also pinned on my Second Lieutenant bars. It was an interesting circle of closure on my old life, as I began my new life as an Officer in the Army.

Upon my graduation from West Point, I was commissioned as a Corps of Engineer Officer. My first duty station was Fort Hood, Texas where I was in charge and responsible for two platoons. I received a Bronze Star Medal for exemplary leadership for combat operations during my 2003 Operation Iraqi Freedom deployment to Kuwait and Iraq, which was a great honor. I served in the Army for 5 years on Active Duty and the Reserves for 3 years.

Leaving the Army was not an easy decision for me and my husband, Mike. At the time, Mike had to go on a tour for six months in Korea. While I could have gone with him, I knew that I would be stationed somewhere else and we would barely see each other. Instead, I moved our home to Colorado, an area where we both wanted to live. After much discussion, we decided that if we both stayed in the Army, we would have a lot of distance between the two of us with the constant overseas tours. Not wanting this, we made a family decision in 2005 for me to leave active duty. I was also a little curious about what else was out there for me.

I had served as a civil engineer in the Army and worked in that field for a little over a year following my departure from the Army, but it wasn’t my calling. I then became an executive recruiter, finding qualified high-level candidates for senior and executive level positions. Within this position, I found that I was very interested in working with people and helping them find their path. A friend recommended that I get into financial services which I’ve now been doing for 14 years. I am one of two owners of our independent financial services firm and absolutely love what I do. I feel like much of my Army training and experience have contributed to my success. It’s a very dynamic career and one day is never the same as the other, which I find exciting and fulfilling. I enjoy working alongside our clients to help them build their financial plans, grow their investments and protect their families through the proper insurance.

While I have a loving husband, amazing daughter, and fulfilling career, I also have MS. In early 2009 I woke up with a blind spot in my right eye. I could see around the spot, but my central vision was gone. I was seen by an array of eye doctors who couldn’t find an answer for what was going on with me. Eventually, I was referred to a neuro-ophthalmologist who happened to work with MS patients. I received my diagnosis of MS in April 2009, confirmed through an MRI and lumbar puncture. Fortunately, my eye issue resolved after about 6 months and since then I haven’t had any major MS relapses. 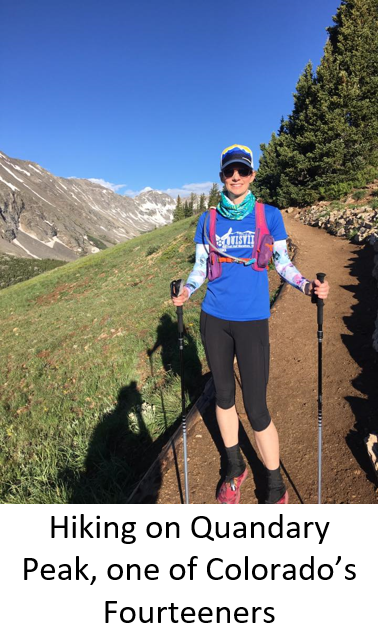 When I was first diagnosed with MS I was scared. I was concerned and unsure of my physical and mental well-being and the impact it would have on my family and friends. I did a lot of soul searching and decided that I was going to fight this disease as best I could. While some may say I’ve been lucky that MS has not disrupted my life in any major way, I don’t feel that it’s just luck. Since my diagnosis, I have a greater appreciation for my health. I make sure that I take care of myself by exercising, eating healthy, making sure that I get plenty of sleep, and taking my medications as prescribed. With this diagnosis, I feel that I need to be vigilant about keeping my body healthy and strong. I’ve also learned to be aware of my MS issues, the most notable being heat intolerance which I had before my diagnosis. While I stay active, I’m acutely aware of what my body is telling me, and I pay attention.

Since my diagnosis, I’ve found enjoyment in challenging myself through various outdoor activities. While I’ve always enjoyed downhill skiing, I’ve recently gotten into uphill skiing which bypasses the ski lift to the top. As the weather warms up, I’ll get back into running. I recently signed up to do my first ultra-marathon, which is more than 26 miles long. While this is a longer distance than I’m used to, I don’t feel like I’m pushing myself beyond my limits. I simply wake up every day and try to be the best version of myself by continuing to give 100% effort in all that I do.

In addition to taking care of myself, I have regular visits with my VA MS providers. We make sure everything is going well with my body and medications. I get my MRI’s close to home which works well for me. The VA has made it very easy for me to access care in Denver or closer to my home, and I have a great relationship with my providers.

I’ve been living with MS for over 12 years. There are some days that I see this diagnosis as a blessing. It gives me perspective on life and what I can push myself to do. I keep pursuing my goals and feel I can achieve anything. MS has taught me to be thankful for what I have and that every day is a gift. Life is full of hurdles, for everyone, and MS is one of my hurdles that won’t get in my way to living a healthy and fulfilling life. I want others to know that they can achieve great things and live a fulfilling life even with an MS diagnosis.