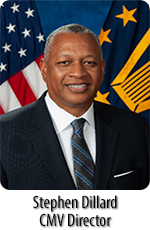 Recognizing, Engaging and Celebrating our Hispanic and Latinos Veterans

This September marked 51 years that the United States of America under Public Law, 90-498 celebrated and proclaimed September 15 - October 15 as National Hispanic Heritage Month. This month we recognize the contributions of Hispanic and Latino Americans heritage and culture. At the Center for Minority Veterans, we will celebrate the brave and courageous Hispanic and Latino Americans, military personnel and Veterans that have “borne the battle.” Because of their sacrifice, we can experience and enjoy the freedom and democracy in the greatest country ever…the United States of America!

Further, according to data from the 2016 Veterans Population Projection Model, over 5.0 million Veterans in the United States and Puerto Rico were minorities. Minorities represented about 23.7 percent of the total Veteran population in 2017. In 2017, 49.9 percent of minority Veterans were Black non-Hispanic, compared with 31.1 percent of non-Veteran minorities. In contrast, the percentage of minority Veterans who were Hispanic was two-thirds that of non-Veterans (31.7 percent compared with 46.1 percent).

From 1968 to the present, Presidents of the United States have proclaimed this month as “National Hispanic Heritage Month” and called upon public official, educators, librarians, and all Americans to observe this month with appropriate ceremonies, activities and programs. The team at the Center for Minority Veterans will join our colleagues, partners and stakeholders from across America, and share awareness of this heritage month via our outreach efforts. We are anticipating that these significant actions, will lead to our Hispanic and Latinos Veterans and their families to capitalize on an opportunity to enroll in VA programs and services and use their earned benefits.

Remember, one of the main goals of our outreach efforts to Veterans is to make sure we assist partners and stakeholders with translating awareness and celebration of our minority Veterans into effective communication so that they can enroll and use their earned VA benefits. Again, please join me with acknowledging and celebrating our Hispanic and Latino Veterans during National Hispanic Heritage Month. 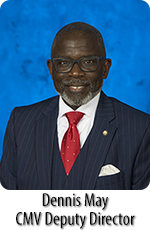 Quick question: What do American G.I. Forum, League of United Latin American Citizens, National Association for the Advancement of Colored People (NAACP), National Federation of Filipino Americans, Blacks in Government, Fleet Reserve Association and Society of American Indian Government Employees have in common? Answer: these organizations as well as several others like them are either formal or informal partners with the Center for Minority Veterans!

As you can tell, not all these organizations are Veteran Service Organizations or even Veteran-centric organizations. However, they do host a significant number of Veterans in their membership ranks. Each year at their annual conventions/conferences as well as events throughout the year, members of our office attend to ensure their Veteran members are aware of VA benefits and services and understand how to sign up for those services.

The activities our CMV team performs are also replicated and multiplied by the efforts of our Minority Veteran Program Coordinators (MVPCs) and Central Office MVPC Liaisons. The collective outreach efforts of our team ensure our minority Veterans are aware of VA benefits and have the information they need to apply for and receive those benefits. As an added feature of our work, we serve as internal VA advocates for the Veterans we serve.

As we close out this fiscal year and look to FY 2020, our goal is to establish even more formal and informal partnerships as we continue to do the work we were established to do. Let us know if there is an organization we should reach out to as we continue to serve those who have ‘borne the battle!’

I have three passions in my life; flying, military history, and serving my fellow Veterans. I fell in love with flying as a kid on my first commercial flight from Chicago to Jackson, MS and with military history while on a middle school field trip to the Vicksburg National Military Park. One day I just happened to catch the end of a TV program that highlighted the World War II service record of Squadron 201, and I felt an urge to explore further.

It is a little-known fact that Mexico’s Air Force, fought alongside the United States Army Air Force (USAAF) in the South Pacific during World War II. Mexico accepted an invitation from the United States to provide Mexican air force units in the war against Japan shortly after the Japanese attacked Pearl Harbor. The squadron was known by the nickname Águilas Aztecas or “Aztec Eagles,” consisted of 33 pilots and over 270 support personnel. It received months of advanced training in combat air tactics, formation flying and gunnery at Randolph Field in San Antonio and Majors Field in Greenville, Texas.

The squadron was attached to the 58th Fighter Group of the USAAF during the liberation of the main Philippine island of Luzon in the summer of 1945. The Aztec Eagle pilots flew Republic P-47D-30-RA Thunderbolt single-seat fighter aircraft carrying out tactical air support missions.

During its operational history the squadron flew 795 combat sorties, accumulated nearly 2,000 hours of combat flying and sadly lost seven (7) pilots. The Squadron 201 remains the only military unit in the history of Mexico to engage in combat outside of its national borders.

The Aztec Eagles outstanding service record and sacrifices were recognized by General Douglas MacArthur, Supreme Commander of Allied Forces in the Southwest Pacific Area. Additionally, the squadron was awarded the Philippine Legion of Honor, with a rank of Legionnaire, by then Filipino President Gloria Macapagal-Arroyo in 2004 and remains active today. 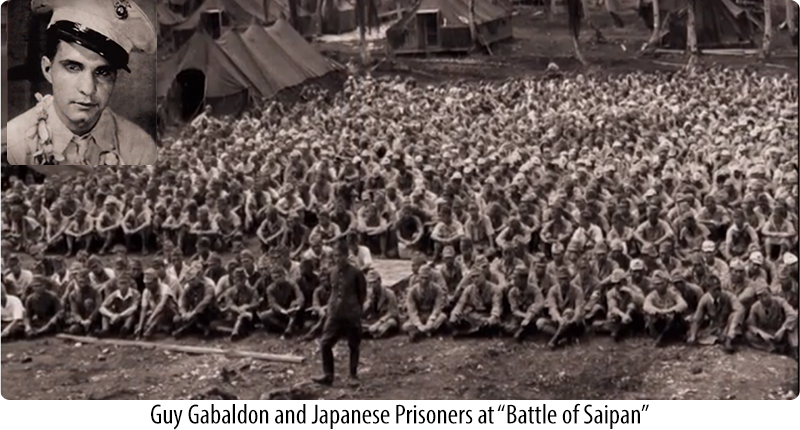 During the American G.I. Forum National Conference last month in Las Vegas, NV, I had the pleasure of meeting long time AGIF member Mr. Alfred Lugo (El Camino Real Chapter of Southern California). Mr. Lugo is a humanitarian and Veteran advocate that also is a Historian for a non-profit organization called Vet Hunters Project. One of the stories that Mr. Lugo passed on to me regarding PFC Guy Gabaldon pulled at my heartstrings and I felt the need to tell the story.

Mexican American Guy Gabaldon born and raised in Los Angeles grew up in a neighborhood mixed with Jewish, Japanese, and Mexicans. Growing up in that environment, Guy had befriended a few Japanese friends his age. When Guy was 17, Pearl Harbor occurred which resulted in President Roosevelt issuing over 110,000 Japanese Americans in California to be forced out of their homes and into detention camps. Not long after the loss of his friends, Guy enlisted into the U.S. Marines as an intel specialist. Guy was under 5’4”, small framed, and would only be allowed to enlist, thus becoming PFC Gabaldon, due to his knowledge of some Japanese.

“The Pied Piper of Saipan.”
Under commanding officer Captain John Schwabe, 18-year-old PFC Gabaldon was shipped to Saipan. Against Captain Schwabe’s orders, Gabaldon went into Japanese territory on his own and captured Japanese soldiers. His secret to getting the Japanese soldiers to surrender was luring them in with the little Japanese words that he knew from his childhood, telling them that he had backup and that they would be killed if they didn’t follow him. He once captured about 800 soldiers on one trip by himself! Alone, he captured a total of 1,500 Japanese soldiers over two months during the Battle of Saipan in World War II. Upon returning to the states, he was awarded the silver star. He was also nominated for a Medal of Honor by Captain Schwabe but was denied. He also was never promoted beyond PFC. With PFC Gabaldon being a Hispanic American, he experienced much racism and prejudice even with being a hero.

Movie “East L.A. Marine” – 2008
Gabaldon’s heroism during the Battle of Saipan increased in popularity leading to a movie being produced in 1960 entitled “Hell to Eternity.” The film’s producer Irvin Levin casted blue-eyed actor Jeffrey Hunter (6’1”), a white man, as Guy Gabaldon. During the film, there was no reference to Gabaldon’s Hispanic Heritage. Due to the film bringing light to Gabaldon’s efforts, the Navy upgraded his Silver Star to the Navy Cross; however, still no Medal of Honor was awarded. Even today, there is efforts of getting Gabaldon’s Medal of Honor awarded, even posthumously.

As part of the convention, LULAC hosted the Defenders of Freedom Breakfast to recognize Hispanics who have served our country with distinction.

The CMV has partnered with a cross section of Veteran Service Organizations, community-based organizations, internal stakeholders, state and local officials on education and outreach activities regarding VA benefits and programs. The CMV is committed to informing the Nation’s 22 million Veterans, their caregivers, families, and advocates, about benefits available to them. This event was in keeping with VA’s ICare advocacy value.

Select an image below to view the larger image and a description of the event. 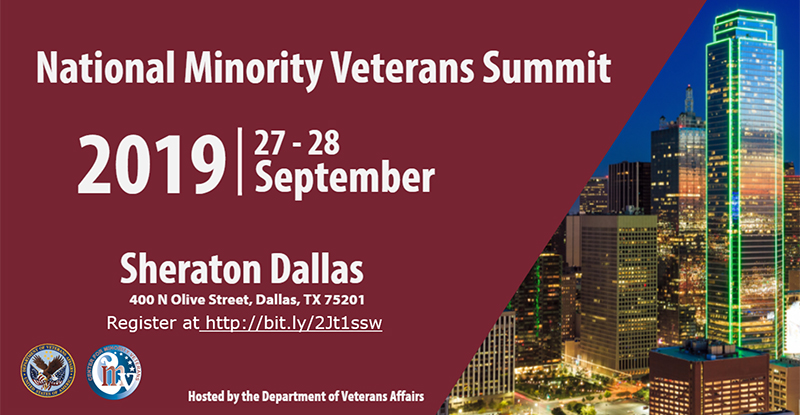