Executive Order 13861 - PREVENTS
skip to page content
Attention A T users. To access the combo box on this page please perform the following steps. 1. Press the alt key and then the down arrow. 2. Use the up and down arrows to navigate this combo box. 3. Press enter on the item you wish to view. This will take you to the page listed.
Menu
Menu

On March 5, 2019, the President signed Executive Order 13861, establishing a three-year effort known as the President’s Roadmap to Empower Veterans and End a National Tragedy of Suicide (PREVENTS). PREVENTS created an inter-agency Task Force to lead the development and implementation of a national, comprehensive roadmap to change how our nation treats mental health and understands suicide prevention. The PREVENTS objective is to change the culture around mental health and prevent suicide — among not just Veterans but all Americans.

Executive Order 13861: President's Roadmap to Empower Veterans and End a National Tragedy of Suicide (PREVENTS), is a call to action to amplify and accelerate the progress in addressing the Veteran suicide epidemic in our nation. While there have been other efforts to address suicide prevention, this is a cabinet-level, inter-agency effort charged with developing the first federally coordinated national public health strategy to address suicide. 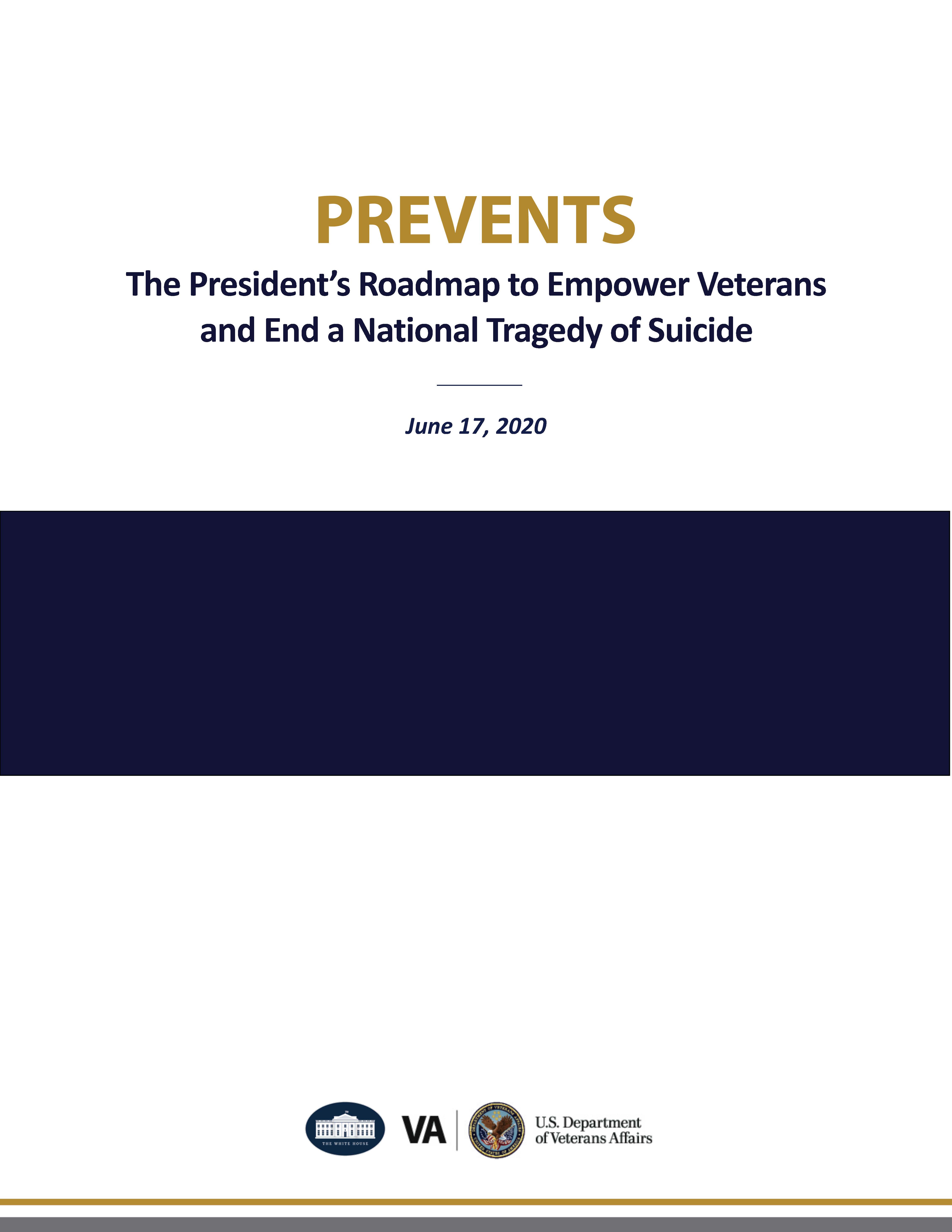 On June 17, 2020, PREVENTS delivered the Roadmap to President Donald Trump.

The PREVENTS Roadmap contains research, strategies, and recommendations to inform both the public and private sectors in their efforts. We all have a role to play in combatting the national tragedy of suicide, and we all can make a difference.

The PREVENTS Roadmap has been created with one mission in mind: to end a national tragedy of suicide. Yes, the mission is complex and audacious, but it is achievable. We are seeking to reach every corner of our nation, leaving no one behind. We believe that everyone is within reach. The PREVENTS initiative will elevate the national conversation around mental health and suicide, build on existing best practices, and expand on the impressive research and programs underway in our communities. We will ensure that our nation’s Veterans — and all Americans — know that there is help and hope for those who need it. Together, we will end this tragedy of suicide.

There are three deliverables tied to the implementation of EO 13861:

Supplemental Materials for the PREVENTS Roadmap

Supplemental Materials for the Roadmap 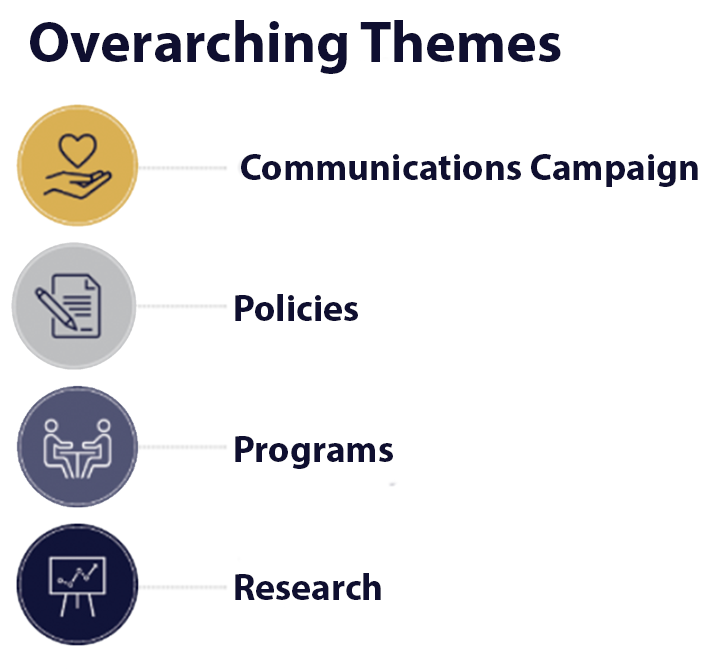 The Supplemental Materials for the Roadmap (SMR) includes over 150 goals and objectives that provide more detail to the Roadmap overall recommendations.

For more information on the specifics of the proposed grant program and to find the full presentation of the National Research Strategy, please refer to the Supplemental Materials for the Roadmap, developed during the process of creating the Roadmap.