State/Territories Summary Reports - National Center for Veterans Analysis and Statistics
skip to page content
Attention A T users. To access the combo box on this page please perform the following steps. 1. Press the alt key and then the down arrow. 2. Use the up and down arrows to navigate this combo box. 3. Press enter on the item you wish to view. This will take you to the page listed.
Menu
Menu 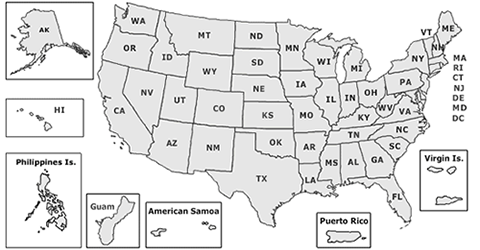 VA released Korean War Veterans This infographic commemorates U.S. Service Members of Korean War, which took place 70 years ago, and describes living Veterans by gender and age, top 5 states of residency, and trends from 2000 to 2040. December 14, 2020

VA released Veterans Day 2020: Honoring the 30th Anniversary of the Gulf War. In recognition of Veterans Day 2020 NCVAS developed an online story. It recognizes the service of the cohort of veterans who served in the Pre-911 Gulf War era, 2) reports trends in their utilization of VA benefits and services, and 3) encourages all Veterans to apply for the benefits and services they have earned. November 9, 2020

VA released American Indian and Alaska Native Veterans: 2017 (AIAN) This report focuses on demographic, socioeconomic, and health characteristics of AIAN Veterans and presents similar summary information for all Veterans of other races. May 15, 2020