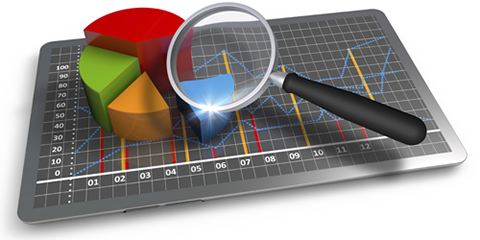 Mortality Rates and Life Expectancy of Veterans
The report contains Veterans' mortality rate and life expectancy by age, gender, education, income and period of service from 1980 to 2017 using USVETS2018, and a comparison to the U.S. population.

Key Statistics by Veteran Status and Period of Service
This demographic and socio-economic snapshot shows a comparison of Veterans, period of service and civilian population using American Community Survey Data 2016.

Profile of Veterans Occupations Deep Dive
This profile provides an overview of occupations and class of Veteran workers in the labor force by status and gender. This deep dive profile further explores these patterns by age group.

Profile of Veterans Internet Use Deep Dive
This dataset provides a look at Veterans households with internet access, use/own a computer or smartphone regardless of gender, age, economic status of education level using 2016 ACS data.

Veteran Religious Affiliation by State
This dataset provides a count of Veterans by their religious affiliation and state of residence. The dataset covers all 50 states, District of Columbia and other territories.

Veterans by State
This table shows the number of Veterans by state in 2014. It shows Veteran demographic information, like unemployment rate, education level, median income, race and ethnicity, and poverty rate.

Profile of Women Veterans:  2015
This report uses data from the 2015 American Community Survey Public Use Microdata Sample to compare the demographic and socioeconomic characteristics of women Veterans to women non-Veterans.  It also explores the differences between male and female Veterans and other combinations.

Rural Veterans by State
This spreadsheet contains data from the 2014 American Community Survey and shows the demographic and scioeconomic characteristics of Veterans who live in rural and urban areas.  The spreadsheet includes variables like:  raw numbers, unemployment rate, disability rate, median personal income, age groups, period of service and other variables.

Profile of Minority Veterans:  2014
This report uses data from the 2014 American Community Survey to compare the demographic and socioeconomic characteristics of minority Veterans and minority non-Veterans.

Profile of Pre-911 Veterans:  2016
This profile uses data from the 2016 American Community Survey Public Use Microdata Sample and shows the demographic and socioeconomic status, and health characteristics for Pre-911 Veterans by Veteran status.

Vietnam Veteran Deep-Dive on Health and Finance
This reportprovides a detailed view into Vietnam Veteran income, insurance coverage and disability variables in the American Community Survey.

Profile of Veterans In Poverty:  2017
This report compares demographic and socioeconomic characteristics of Veterans to non-Veterans.  This report uses data from the 2017 American Community Survey (ACS).

Veterans Employment:  2000 to 2013
This report compares trends in unemployment rates between Veterans and non-Veterans using data from 10 years of the Current Population Survey.

Health Insurance Coverage, Poverty, and Median Income of Veterans:  2000 to 2009
This report uses 10 years of data from the Annual Social and Economic Supplement of the Current Population Survey to compare the uninsured rate, poverty rate, and median income of Veterans and non-Veterans by select demographic characteristics.  Detailed appendix tables are also available.

Educational Attainment of Veterans:  2000 to 2009
This report uses 10 years of data from the Current Population Survey to compare the education levels of Veterans and non-Veterans by select demographic characteristics.  Detailed appendix tables are also available.

Labor Force Participation Rates of Veterans:  2000 to 2009
This report compares trends in labor force participation rates between Veterans and non-Veterans using data from 10 years of the Current Population Survey.

Compensation and Pension by County and State
These reports provide county and state level estimates of the number of Veterans who received VA Disability Compensation or Pension benefits during the reported Fiscal Year.  It includes the Veterans’ total disability rating, age group, and gender.

Minority Veterans Report
This reportis the first comprehensive report that chronicles the history of racial and ethnic minorities in the military and as Veterans, profiles characteristics of minority Veterans in 2014, illustrates how minority Veterans utilized some of the major benefits and services offered by the VA.

2010 National Survey of Veterans:  Understanding and Knowledge of VA Benefits and Services
This report uses data from the 2010 National Survey of Veterans, Active Duty Service Members, Activated National Guards and Reserve Members, Family Members and Survivors (NSV) to compare the awareness and knowledge of VA services and benefits among Veterans’’ groups.  It also explores the differences in levels of awareness between male Veterans and female Veterans.

America’s Women Veterans:  Military Service History and VA Benefit Utilization Statistics
This comprehensive report chronicles the history of women in the military and as Veterans, profiles the characteristics of women Veterans in 2009, illustrates how women Veterans in 2009 utilized some of the major benefits and services offered by VA, and discusses the future of women Veterans in relation to VA.  The goal of this report is to gain an understanding of who our women Veterans are, how their military service affects their post-military lives, and how they can be better served based on these insights.

Analysis of Unique Veterans Utilization of VA Benefits and Services
This report provides a look at the number of unique Veterans receiving VA benefits or services in FY 2008.  These Veterans made demands for Health Care, Compensation and Pension, Insurance, Education, Vocational Rehabilitation, Memorial Affairs, or Loan Guaranty services and benefits.

What are VA Historical Annual Reports?

VA Historical Annual Reports detail services provided by the Department for each Fiscal Year, including Benefits, Healthcare, and Burial/Memorial services.  The Reports also describe the topics of administration and management within VA, ranging from data on personnel to information on construction projects.  Statistical tables for a variety of subjects are also included.

VA released VetPop 2020 which is VA's new official estimate and projection of the Veteran population. It revises and replaces the estimate and projection in VetPop2018. Based on data through September 30, 2020, VetPop2020 provides a projection of the Veteran population at each fiscal year end from 2020 to 2050. For a general overview please refer to to the document VetPop2020 A Brief Description.